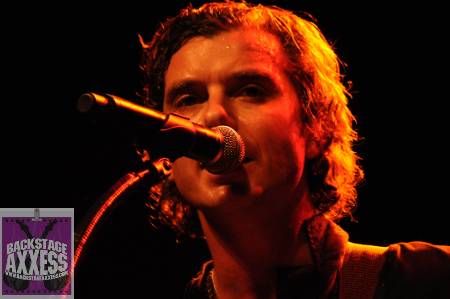 A show that was just added to our schedule at the last minute could turn out to be the gem of the year. A very energetic and passionate Gavin Rossdale brought his solo act to the Towne Ballroom in Buffalo and the fans that were there (mostly women) did not go away disappointed. The 5 piece band ran through songs off of his latest release called Wanderlust and many of the Bush standards that the fans have come and known over the years since the mid 1990s. The show did start of with some technical difficulties that Gavin acknowledged and apologized and said this was the first show with such problems. Never the less, this didnt dim the overall performance that Gavin and his band put on in Buffalo. Gavin kept the crowd involved by constantly interacting with them throughout the show. He kept showing his appreciation to the crowd by telling how much he loved them. He also reached out into the crowd on numerous occasions and sang to them and with them on different songs. Gavin showed many different sides of himself as he played electric guitar on most tunes, acoustic guitar (like on songs Forever May You Run), and did a solo vocal performance on the Fleetwood Mac cover Landslide and another song Adrenaline.” The band was very tight and the skin pounding that was provided by Michael Pedicone was very impressive to say the least. Going back on Landslide,” it should be noted it was just guitarist Chris Traynor and Gavin providing the vocals which slowed things down but then kicked things back up with the Bush classic Everything Zen” when the whole band rejoined both of them on stage. When Gavin was done and returned to the stage for four encores, the third song “Glycerine” was just Gavin and an acoustic guitar. A great selection to exude Gavin’s talents. The song that closed the hour and a half set was “Comedown” and a great choice to do just that after what Gavin did with the crowd the entire evening. This is a must show to see. So add this to your list. Thankfully, I did! 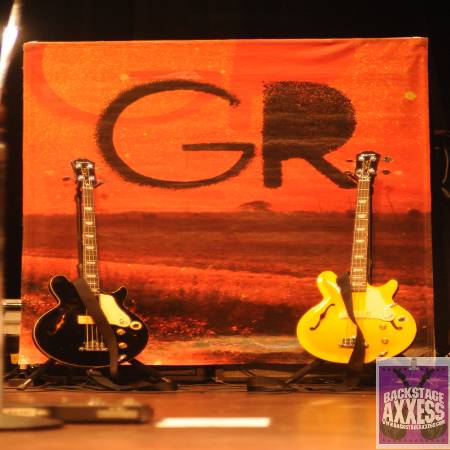 We would like to thank Brian Tomasini from Azoff Management for allowing us to cover the show.