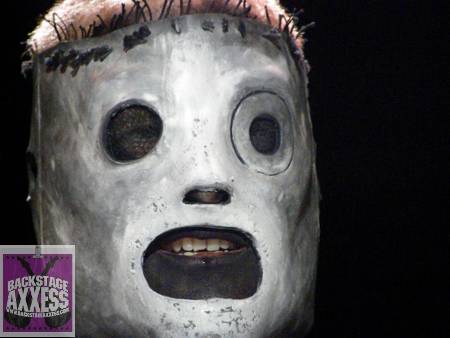 This was my first time to the 3rd Annual Rock On The Range Festival, which showcased 38 bands on 3 stages over 2 days. The entertainment started up on the 2 side stages at noon and wound down on the main stage by 11pm, 11 hours of non-stop music each day!!
On the first day I saw the following bands perform: Early Pearl, The Veer Union, Black Stone Cherry, Halestorm, Saliva, Duff McKagan’s Loaded, Rev Theory, Chevelle, Korn, Atreyu, Alice In Chains and Slipknot. It was great to see Josey Scott return to the stage with Saliva after recovering from emergency ulcer surgery 2 months ago. He was in fine form and looked great. The rain only dampened 2 performances of the day, Rev Theory and Chevelle. As evening approached, so did chilling temperatures which had people, including myself, shivering for the headliners. All the bands were great but the highlights for me were The Veer Union who were proudly throwing out their newly licensed condoms, Saliva, Duff McKagan, who finished off their set with the GNR hit It’s So Easy and Rev Theory who just ripped it up with tons of energy. The crowd favorites, Slipknot and Alice In Chains along with Korn, all put on high energy performances to top the night off.
The second day I checked out: Royal Bliss, Burn Halo, Hoobastank, Adelitas Way, Saving Abel, Pop Evil, Blue October, Sick Puppies, Shinedown, Billy Talent, Buckcherry, The Used, Avenged Sevenfold and Motley Crue. I was blown away with the Shinedown performance and had heard many other people saying it was one of their favorites of the entire festival as well. Brent Smith had the whole stadium in his control by having everyone standing up, jumping up and down and getting friendly by shaking hands with people around them. The first 3 main stage acts, Hoobastank, Saving Abel and Blue October were really boring and I felt they didn’t fit into the festival. All the other bands were impressive and highlights for me were Burn Halo (featuring James Hart formerly of Eighteen Visions), Pop Evil, who were so energetic and produced the rowdiest crowd I saw over the course of the festival, Shinedown, Sick Puppies (a great 3 piece hailing from Australia), Billy Talent an incredible Canadian band who premiered new material, and Motley Crue. Motley Crue did this one off gig with a very scaled down stage show consisting of 4 large video screens displaying visuals throughout the performance. They didn’t forget to pack the pyro and had the largest flames I have ever seen at a rock concert! During the encore break the stadium had cleared out so fast that barely anyone was left to witness “Home Sweet Home” which undoubtedly can be blamed on the frigid temperature I’m sure.
I have been to my fair share of festivals and this one had the rowdiest crowd I have ever witnessed. From the constant body surfing and moshing to the throwing of plastic bottles, craziness ensued in front of every stage all weekend long, but thankfully I didn’t see any major incidents. Columbus Crew Stadium, for which Tommy Lee re-named Motley Crue Stadium on stage, is not a great live venue. I’m sure it’s good to house the soccer games but the sound was horrible. The other major downside for me was that the seats were general admission and should have been assigned seating in the stands. However, the line-up of the bands this year was incredible and I truly had a great time and may perhaps return again next year.

Editors Note: It should be noted that all photographers had to shoot Motley Crue from the soundboard half way back of the stadium and only a handful of photographers were allowed to shoot Avenged Sevenfold and Alice in Chains (we were not one of them unfortunately.) We would like to thank Marcee and Kristine from MSOPR for allowing is to cover the event and their help throughout the 2 days. Look out for interviews from James Hart from Burn Halo, Chris Robertson of Black Stone Cherry, Billy Talent, Rev Theory, and Josh Todd of Buckcherry will be posted within the upcoming weeks so stay tuned for those! 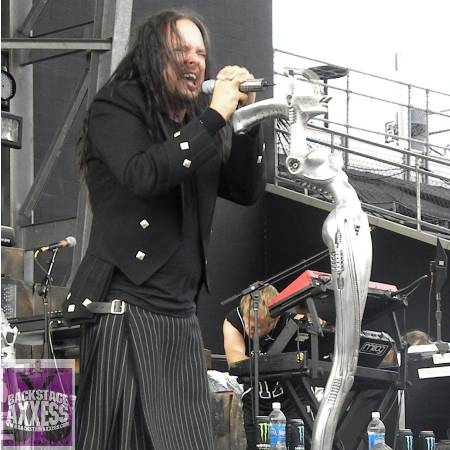 All photos by Jason Satterfield and Gus Griesinger
We would like to welcome Allan Roberston who will be our Canadian correspondent and helping us out where needed. Welcome aboard Allan!!