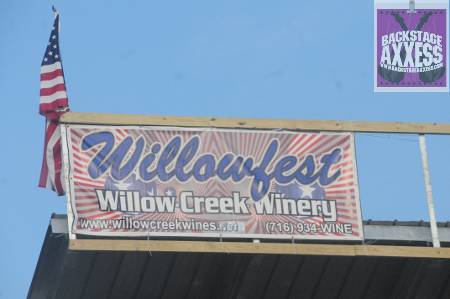 I was asked to do a preview of a local winery that will soon be hosting concerts and other events and to be honest, I didnt know what to expect. Well, I was pleasantly surprised, to say the least, by the layout and all the amenities that the Willow Creek Winery will provide to its future patrons. It boasts a beautiful layout, complete with a huge, brand new, state-of-the-art stage that features a creek and gazebo as a scenic backdrop. As you may have guessed, they certainly have the mood-enhancing libations covered. The wine slushies are a big hit and quite tasty I might add. During scheduled events the winery is equipped with a massive beer/wine tent and there are plenty of local vendors on site, including The Lafayette Tap Room. They also provide guests with access to some of Buffalos best pulled-pork sandwiches and BBQ wings as well. Its almost like a carnival type of atmosphere with kids and pets also welcomed here. For those who find they may have over-indulged (or maybe planned to in advance) and dont want to chance the drive home, camping also an option. Cruise Nights are featured on Thursdays and a couple of shows that are already booked include: Jammin at the Creek with Edgar Winter on July 18, 2009 and the Rock & Pop Masters Tour with a bunch of musical guests including Mark Farner (formerly of Grand Funk Railroad) and Jeff Scott Soto (formerly of Journey) to name a few. Both shows are presented by Back to Back Entertainment Group.
Come and be one of the first to witness this jewel in the southern tier of Western New York because it wont be a secret for too much longer. The Willow Creek Winery is located at 2627 Chapin Road Silver Creek, NY 14136. The phone number is: (716) 934-9463. For more information on other future events, please go to: http://www.willowcreekwines.net/ 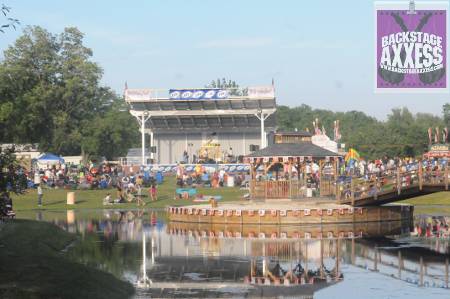