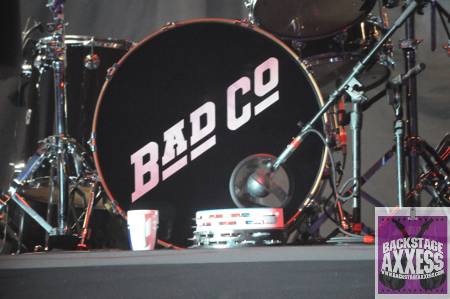 Bad Company was on its second last show and its last with support from the Doobie Brothers. This was my first time seeing the Doobies and the second time for Bad Company with Paul Rodgers at the helm. I was pleasantly surprised on how good the Doobie Brothers sounded. Their harmonies are fantastic! I was also reminded on how many hits they had because I actually knew of the set list. They even played a new song Back at the Chateau which has that unique Doobie sound. They definitely held their own against the headliner, Bad Company. They had lots of people dancing in front of their seats and in the aisles. The 8 piece band still consists of original guitarists Patrick Simmons and Tom Johnston. In fact, Patrick held his own on “Taking it to the Streets” and “Long Train Runnin,” originally sung by former member Michael McDonald.
The crowd was very eager to see Bad Company as the band was only doing a 10 city jaunt on the East Coast with Canandaigua being one of the stops. The band consisted of original members Simon Kirke, Mick Ralphs and Paul Rodgers (bassist Boz Burrell died in 2006). The band was filled out by former longtime Heart guitarist Howard Leese and bassist Lynn Sorenson. They band opened up with “Cant Get Enough” off of its 1974 debut album ‘Bad Company.’ The song was a great selection to kick off the festivities and for the band to show appreciation to the fans who came out on a beautiful night.
Paul Rodgers continues to defy human evolution as he still looks every bit a 40 year old and not the soon to be 60 year old rocker he’s about to become. Paul’s voice continues to hold true to form, but let’s not forget the solid foundation that Simon Kirke provides along with the steady playing by Mick Ralphs. This is what Bad Company is all about and it showed. An acoustic performance of “Seagull” by Paul and Mick was a great addition to a star heavy laden set of songs.
Rumors have it that Bad Company may add dates in the fall or later this year. So, if it comes your way, without a doubt, go see one of the underrated bands in rock and roll history! Stay tuned to Backstageaxxess.com for an exclusive interview with guitarist Howard Leese conducted at the hotel prior to the show. 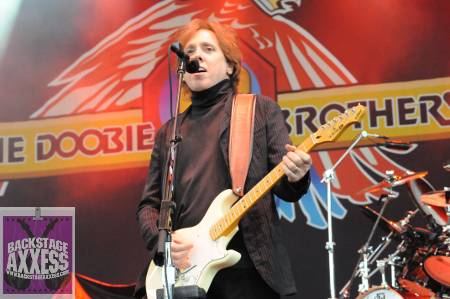