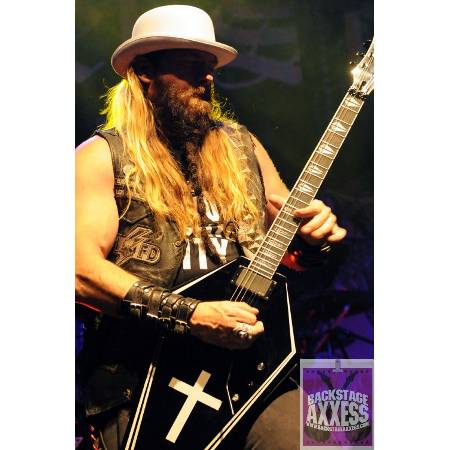 Black Label Society promptly returned to visit the Toronto Chapter since playing the same venue just last April. The lights went out and the national anthem O Canada was blaring and had the attendees singing along proudly. At around 9:35pm the curtain dropped and Zakk, sporting a cool white hat and a black coffin guitar, launched into the first number Black Mass Reverends. The stage consisted of highly stacked Marshall amps, a huge backdrop, skulls on the sides and some very cool lighting. This was not an all-ages show but the club was jammed packed and the crowd was going nuts. There was constant moshing and crowd surfing and the smell of herb was continuous all night. In between the songs the fans were loudly chanting BLS and Zakk was loving it while he pounded on his chest and was constantly crossing himself. Forty minutes into the set, after the band intros, a black Baldwin piano was rolled out onto the stage. Zakk stated they had just worked out the song New Religion for us and then went into it while lighters were held up high. Next up The Last Goodbye was performed in tribute to Dimebag Darrell while his pictures were proudly displayed on the stage. After the 2-song slowdown the band returned to rocking hard for the rest of the 95-minute set. During Fire It Up” a woman was brought up on stage that was wearing nothing but shades and panties for the crowd to admire. An hour into the performance Zakk shredded on guitar during his 10 minute solo and showed the crowd why he is one of rocks leading guitarists. The double-necked guitars emerged 10 minutes later as “The Blessed Hellride” was performed. The show then concluded with “Concrete Jungle” and “Stillborn.” There was no encore. I thought the band was tight, I wished Zakk had less effect on his vocals but overall they were loud and they rocked it, a great performance. 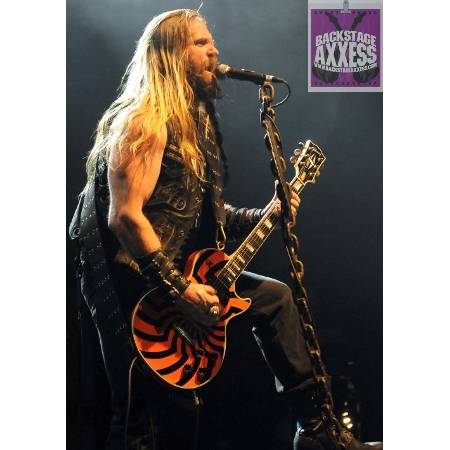 *STAY TUNED FOR AN EXCLUSIVE SIT DOWN VIDEO INTERVIEW WITH THE GUITAR MASTER HIMSELF ZAKK WYLDE RIGHT HERE ON BACKSTAGEAXXESS.COM. The interview was conducted earlier that day at his hotel.