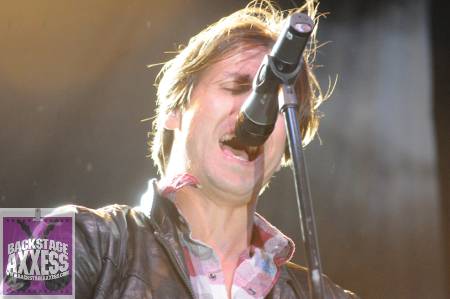 An energetic performance was put on by Canadian artists Our Lady Peace at the second week of the Molson Concert Series in Lockport, New York. A reported record crowd of close to 15,000 attended the show and apparently caught the band off guard. Raine Maida took the stage saying the the band must be in heaven and “wow!” A nearly two hour set kicked off with one of the band’s biggest hits “Naveed. In fact, the band played mostly hits while gearing up for a new CD ‘Burn, Burn’ which will be released on July 21, 2009. The band played only one new track “Save My life which is the first single off ‘Burn, Burn.’
The boys were in fine form, even though this was one of the band’s first shows on a long run of dates across North America in the next two months. Raine even climbed the speaker cabinets to sing to the crowd during the encore “Starseed and partially climbed over into the crowd to do so as well. Guitarist Steve Mazur and bassist Duncan Coutts were also pretty elusive all night.
This venue will hold many more shows throughout the summer, including Lita Ford, Queensryche, and Kim Mitchell to name a few, but this night belonged to Our Lady Peace. Future artists will have a hard act to follow that’s for sure!
Backstageaxxess.com sat down with singer Raine Maida before the show, so look out for the interview soon right here. 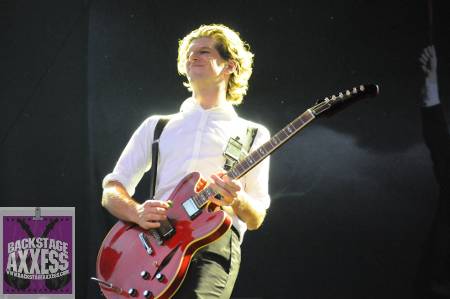