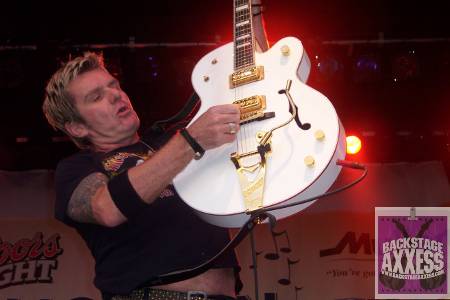 Ian Astbury and Co. were greeted by a jam-packed parking lot full of screaming fans as they sauntered onto the stage to begin an incredible evening that highlighted their repertoire of 80s hits. Astbury was on point throughout the performance. Although hes traded the leather and fringe for a more casual Friday look, and his stage presence is a lot more subdued, his vocals were superbly executed. Guitarist Billy Duffy appeared to be struggling with the soundman for the better part of the night. Its possible his monitor was not serving him adequately, however from where I stood, he sounded fantastic and youd be hard pressed to find a differing opinion from anyone in attendance. Duffy holds an impressive resume as a guitarist and songwriter, and is one of those underrated musicians that deserve a boatload more credit in my opinion. Like other famous pairings in the music industry, his tumultuous relationship with Astbury, has resulted in some incredible work that has obviously stood the test of time.

The majority of songs performed were chosen from 1987s Electric and 1989s Sonic Temple. Starting next month in Toronto, the Cult will embark on a small tour where the set-list will feature the Love record in its entirety. Speaking of Canada, Ian received boos from the crowd when he commented on his fondness of the Toronto Maple Leafs hockey team. Thats a no-no in this town! However, he was quickly forgiven when he launched back into Firewoman. Fans danced and sang in unison to the rest of the set that included Rise, Fire, Dirty Little Rockstar, Wildflower, and Love Removal Machine.
Before leaving the stage with an encore of She Sells Sanctuary, Astbury promised new music from the band is in the works and should be unveiled in about 3-4 months (Ed note: Rockstar translation= more like a year). He went on to say that this record would be for those who still love rock n roll. I, for one, certainly like the sound of that! 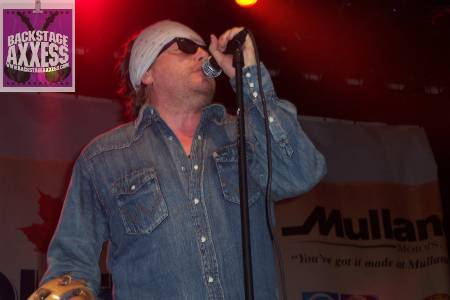