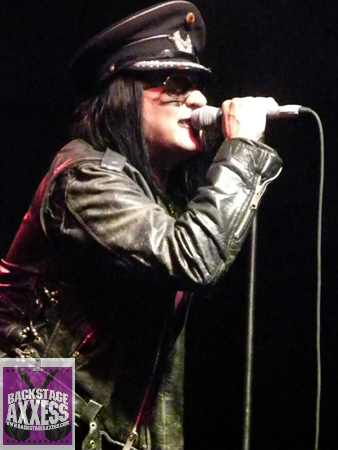 The Summer Rock Fest hit Cincinnati for the second show of a twenty-five date tour. The bill features 80s rockers Faster Pussycat, Bullet Boys and Bang Tango with the opening slot occupied by up-n-comers Sister Sin. Despite the fact that only one original member the singer remains in each of the three classic bands, everyone onstage did their best to rock the couple of hundred fans in attendance.
Due to my love of all things Swedish, I arrived in plenty of time to catch Gothenburg rockers Sister Sin, who started a little before 9:00. Singer Liv set the bar for the rest of the show, with a real in-your-face delivery that got the crowd into the band from the start. The quartet pounded out a 40-minute set that covered most of their Victory records debut Switchblade Serenades, including a cover of Motrheads Make My Day.” Closing the set with Beat Em Down, a tribute to Swedish boxer Ingemar Johansson, who passed away earlier this year, Sister Sin definitely won the crowd over. This was evident at the merch table later, as the floor was littered with wrappers from freshly bought CDs.

Beat The Street
Breaking New Ground
One Out Of Ten
On Parole
Make My Day (Motorhead cover)
Death Will Greet Us
24/7 (U.D.O. cover)
Love/Hate
Beat Em Down

After a very long break, the Bullet Boys hit the stage with the AC/DC classic Riff Raff. I sensed something was awry, as Bang Tango was advertised in the second slot. Vocalist Marq Torien pulls double duty these days, playing a majority of the lead guitar. While this did curtail his sometimes over-the-top dancing, he still found time to throw in a few moves. His voice still sounded pretty good for the most part, although he did hit a few rough spots. The rest of their short set focused on the first two albums, but they did squeeze in a new song, Road To Nowhere, which ironically sounded like Enuff ZNuff (current Bullet Boys guitarist Tory Stoffregen is also a member of EZN). There were a couple tunes I wish they wouldve played such as Hang On St. Christopher or F#9 (which was on the setlist but nixed), as Marq did spend quite a bit of time talking to the crowd or goofing around on his guitar.

Following the Bullet Boys set, I was told that Marq was late getting to the venue, thus the abbreviated set. I also learned that Bang Tangos guitarists were not on the tour and that Joe Lest and bassist Lance Eric would be doing a jam at the end of the night with some of the other musicians on the bill. Faster Pussycat was up next, opening the set with the title track off the latest release, The Power & The Glory Hole. Its been a few years since Ive seen this band, and the mixed reviews Ive read had me worried, but Pussycat sounded great. No dress or burka tonight, as Taime was wearing leather pants and a t-shirt. He even looked like he might have slimmed down a bit from recent pictures. Guitarist Michael Thomas is fun to watch, and you can really tell that hes into the songs. Guitarist Xristian Simon was solid, while bassist Danny Nordahl and the ever-animated Chad Stewart held down the groove. Some fans dont care for the current version of the band, but I loved The Newlydeads, so Im fine with it. They played four songs from the new album and a handful of classic numbers. The only downside was that the band cut the last two songs of their set, apparently after Taime was told he couldnt smoke onstage (Ohio law prohibits smoking indoors).

Bang Tangos Joe Lest and Lance Eric came out soon after, with Bullet Boys members Tory Stoffregen and Ryche Green on guitar and drums respectively. Im guessing there wasnt a lot of time to learn a set of Bang Tango songs, so they played mostly covers. Opening up with 20th Century Boy, the set also included a pair of AC/DC covers, two Bang Tango tunes and a Beautiful Creatures song. Chad Stewart took over on drums halfway through and Michael Thomas played guitar on the last two songs. I would have liked to hear more Bang Tango songs, as they are one of my favorite bands from the Sunset Strip days, but what can you do? Overall, the entire show was a very good time and the fans seemed pleased. 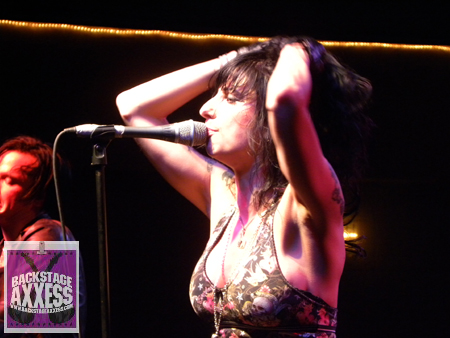