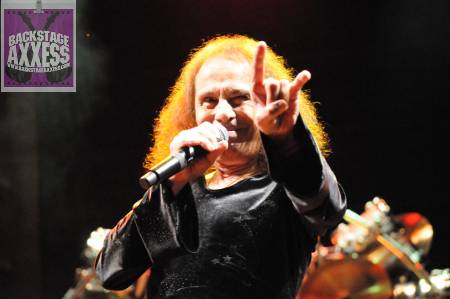 Heaven and Hell is wrapping up its The Devil You Know tour and made a stop at the Nautica Pavillion in Cleveland this past Saturday. Sixty-seven years young front man, Ronnie James Dio, mesmerized the crowd with his timeless vocal performance that exudes perfection. The band performed 12 songs (minus a Vinnie Appice drum solo) and as I always say, its not the quantity of the songs thats commendable, but the quality. Heaven and Hell held true to this statement with each and every tune. Each song is a carefully-crafted masterpiece and was delivered to the hearty fans with the precision and enthusiasm that fans delight in. An extended version of the song Heaven and Hell was one of the multiple highlights of an evening filled with many. Though Tony is having surgery to repair cartilage in his hand, it certainly didnt affect his playing on the beginning of Die Young. With a simply incredible rhythm section of bassist Geezer Butler and drummer Vinnie Appice, it would be an injustice to overlook how musically gifted this band truly is.
This may be one of the last shows that the band performs for a while so the fans who were in attendance should consider themselves lucky, as they got to witness one of the most complete and influential bands currently performing on the 2009 touring circuit. 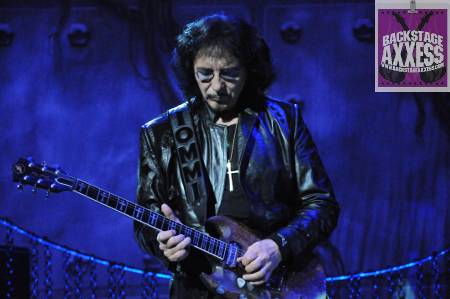 We would like to thank Jason Elzy of Rhino records for allowing Backstageaxxess.com to cover the show.