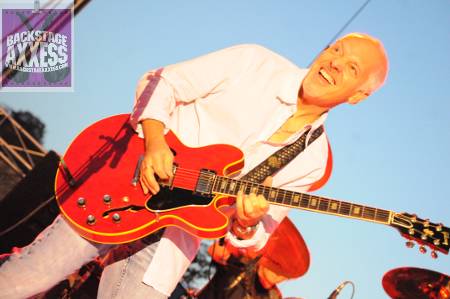 Peter Frampton wrapped up the Tuesdays concert series in Lewiston, NY with a “WOW” inducing performance. He took to the stage with the same ferocity that enabled him to become a household name back in the 1970s while also taking credit for the greatest selling live album of all time, ‘Frampton Comes Alive.’ Peter played his hits, some blues songs, and some covers. He covered Stevie Wonders “Signed, Sealed and Delivered” and Soundgardens “Black Hole Sun” where he dubbed Chris Cornell his favorite singer. The guitar effect he made famous (the talkbox) was also brought out on an assortment of tunes, including “Show Me the Way” and “Black Hole Sun.” He actually did the Soundgarden song instrumentally while using the talkbox for the chorus only. Judging from the show and the overwhelmingly surplus of people in attendance, Peters hair may have gone to the wayside but his talent is still shining at the forefront for sure!

Shotgun
Signed, sealed, Delivered Im Yours (Stevie Wonder cover)
Lines on my Face
Show Me the Way
Boot It Up
Mr. Churchhill
All I Wanna Be (Is by Your Side)
Black Hole Sun (Soundgarden)
Nassau/Baby I Love Your Way
I’ll Give You Money
Do You Feel Like We Do
Off the Hook
I Want it Back
While My Guitar Gently Weeps (Beatles cover) 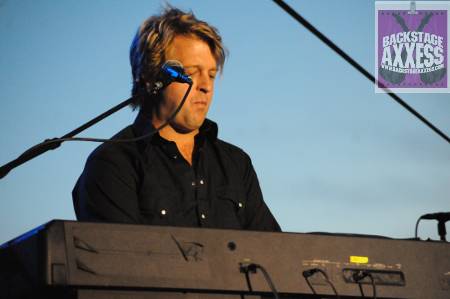 We would like to thank Lisa Jenkins from Vector Management for allowing us to cover this show and a big THANK YOU to Maria Costello for allowing Backstageaxxess.com to cover the 2009 Season at Artpark!