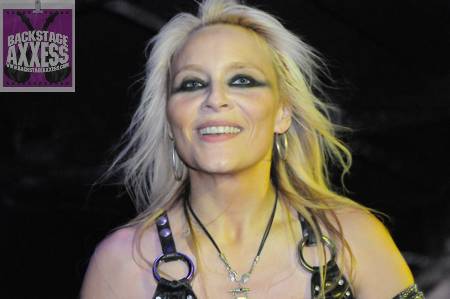 A year and a half later the German Metal Queen Doro Pesch, returned to the Annex Wreck Room in Toronto. She is celebrating 25 years of rocking out and brought along her usual band mates: Johnny Dee of 16 years on drums and Nick Douglas of 20 years on bass. New guitarist Bas Maas formerly of After Forever and a new keyboardist rounded out the line up. Doro took the stage at around 8:45pm for a rare early show and performed for just under 80 minutes. Everyone was all dressed up in black including Doro sporting her trademark leather pants and top. The set list was comprised up of mostly tunes from the Warlock catalog and her solo material thrown in. A hymn written for this years Wacken Open Air Festival called We Are The Metalheads was performed along with her most recent tune Night Of The Warlock. A cover of Judas Priests Breaking The Law and the fan favorite All We Are had the crowd singing along. The turnout was fairly small but the fans were loud, chanting and throwing fists up constantly. Doro always gives the same energetic show whether its a hundred people or for thousands over in Europe. During the encore a female fan got the mic and voiced something in German to Doro and she was estatic, the band then launched into Fight. Due to a club curfew the set had to be cut short and the following songs on the set list were not performed, Celebrate, Burn It Up, Love Me In Black and Fur Immer. Doro mentioned someone had requested in the meet and greet earlier to play Youre My Family, she granted that wish and closed the evening off with it.

Fight
Youre My Family 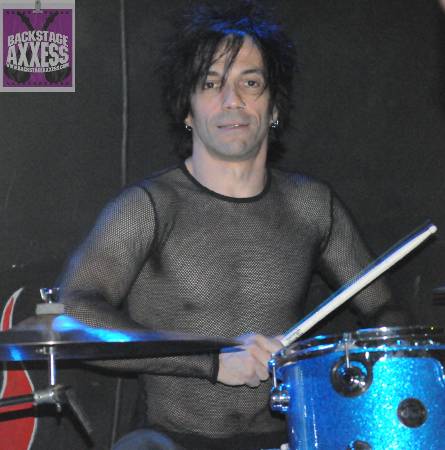