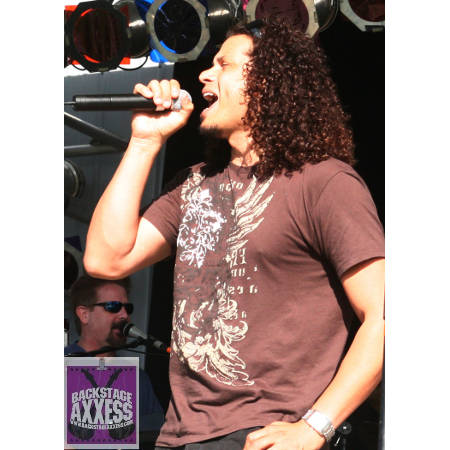 It was a cool September evening in Silver Creek, New York, when the Rock & Pop Masters Tour made a stop at Willow Creek Winery. What better way to spend a Saturday night (September 12, 2009) than with Mark Farner, formerly of Grand Funk Railroad, Larry Hoppen of Orleans, Alex Ligertwood, formerly of Santana and Jeff Scott Soto, formerly of Journey.
A big crowd filled the spacious venue. An on-site camping area was also littered with tents and trailers for a “winestock” atmosphere. Jeff Scott Soto took the stage first for a short 3-song set. The audience sang and swayed along to “Who’s Crying Now.” Soto was just getting warmed up with this set. Next, Alex Ligertwood kicked off his set with “Black Magic Woman.” He sounded fantastic. His vocal chords have absolutely withstood the test of time. Larry Hoppen later chimed in with “Love Takes Time” after commenting that the next tune “could be purchased on eight-track.” Mark Farner put the crowd in motion with “Locomotion” and then then ended the set, accompanied by the vocals of Jeff Scott Soto, with “American Band.”
Speaking of bands, while the Rock and Pop Masters were showcasing their vocal prowess, lest we forget the guys who are really keeping things going, hit after hit. The RPM band includes Charlie Morgan (drums), Lance Hoppen/Orleans (guitar/vocals), Lane Hoppen/Orleans (keyboard/vocals), Jerry Riggs (guitar/vocals), and Barry Dunaway (bass guitar/vocals). These musicians played each song like it was their own.
After a brief intermission, another Orleans tune, “Crazy,” got the second set underway. The first set sounded good, but set two kicked ass. Alex Ligertwood really stood out with his charismatic stage presence, smokin’ vocals, and, of course, a cowbell… in an extended version of “Hold On.” The audience got involved with this one, mimicking the guitar, as Jerry Riggs had a chance to strut his stuff.
Mark Farner got his groove on with “Some Kind of Wonderful.” He jammed some Farner Funk on his guitar to the delight of the audience and dedicated “I’m Your Captain” to U.S. Troops, wherever they are! This “Super Group” pounded out hit after hit and all came together for an encore performance of “Evil Ways.”

Set Two:
Crazy
Don’t Stop Believin’
I’m Winning
Hold On
All I Ever Wanted
Some Kind of Wonderful
I’m Your Captain
Still The One 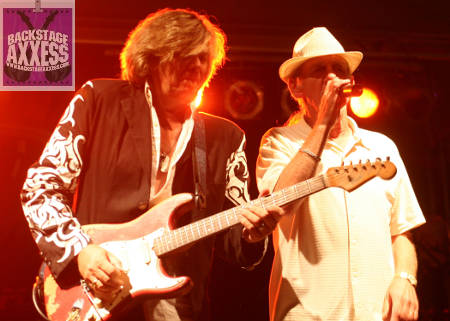