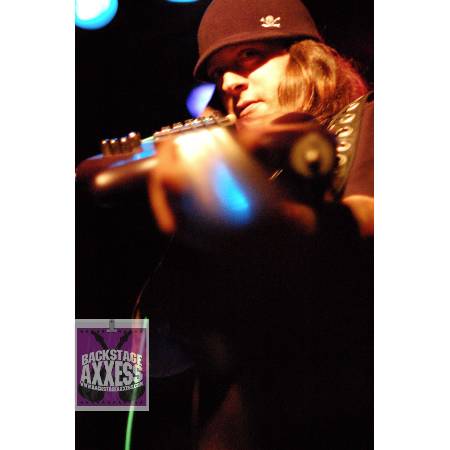 Its been a long time since Ive seen evidence of bad promotion work that was so painfully obvious that it made me mad. Tuesday night is not a huge night for concerts in the first place, but the numbers at the Tralf Music Hall on Tuesday night was downright uncomfortable. Unfortunately, when this occurs you get a half-hearted performance from a band thats bummed about an empty house. That was not the case Tuesday night.
Opening the show was Atom Smash from Miami, who were solid as hell, had great songs and exuded a guitar tone that made me hate my own gear. 100% thumbs up for those dudes. Also their singer, Sergio, gave a new meaning to vodka tea after the show.
As soon as Tantric were ready to hit the stage, all patrons were invited to grab their tables and bring them to the pit. Needless to say, the few people that came out dragged a bunch of tables to the pit area in seconds flat. Tantric came out and just went about business like there was nothing wrong. However, the elephant in the room was the fact that the room was just about empty. Hugo pointed it out after a couple songs and proceeded to give his viewpoint on the subject. Basically, there was an obvious problem with the level of promotion work that was done for the show, but the people in attendance shouldn’t suffer for it. In fact, everyone involved should take the scenario and make it the best that it can be. You know the old saying, “when life hands you lemons, make lemonade?” Well, take it from one of the few who witnessed it Tantric took those lemons, went to the bar and made full blown top shelf margaritas! There wasn’t a person in the crowd that didn’t get a personal moment of connection with the band. It was truly a treat that a few fortunate souls will be talking about for a while. Case in point I brought a couple friends out for the night, but they were never really big Tantric fans. On the way home, neither one stopped talking about how they’re going to every Tantric show that hits our area.
Tantric’s show had all the makings of being a performance by a group of bummed out dudes. Instead, it turned out to be our own personal party. I know it sucks when you don’t play to a packed house, but taking the scenario as it was and molding it into what happened it was a beautiful thing. Everyone got to hang out after the show, buy each other drinks and chat with both bands. So in closing I’d like to THANK the promoter, whoever you are, for doing such a horrible job. Due to your inability to perform your job, I, along with about 30 other people, had an absolutely unforgettable night!
Set list: 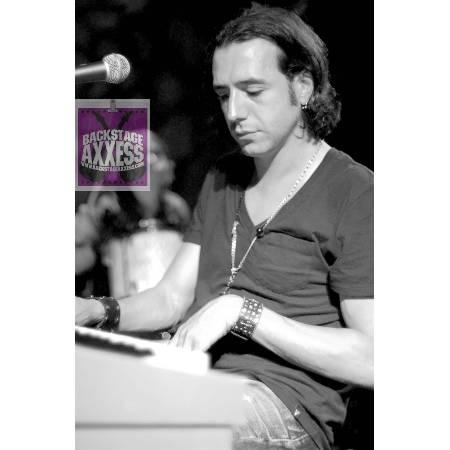 We would like to thank Amanda Cagan of A/B/C pr for allowing us to cover the show. For more information on Tantric, you can go to: www.myspace.com/tantric