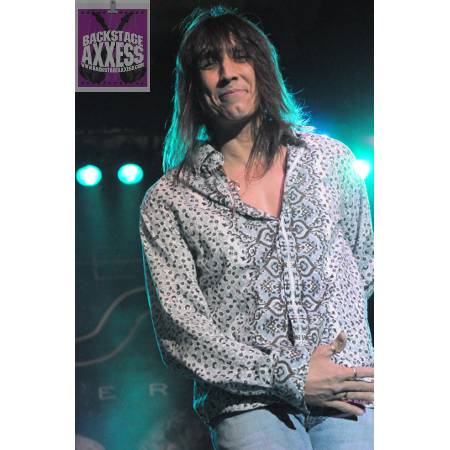 It was no trick, but definitely a tasty treat for all rock n roll fans as Tesla brought down a packed house inside the Seneca Niagara Casino on All Hallows Eve. Offering a refreshing mix of tunes picked from the early catalog up through the last two records, Into the Now and Forever More, the band hit every note with passion and precision.
Special attention was given to one song, in particular, that had only been played live once before (the night prior in Penns Peak, PA), Last Action Hero. This tune was included on the soundtrack to the 1993 movie of the same name, featuring Arnold Schwarzenegger. True Tesla devotees were reeling with delight as 2 Late for 4 Love was another rare tracked plucked from the bands 1986 debut Mechanic Resonance.
Jeff Keiths vocals were in fine, spine-tingling form and the impeccable guitar work of Frank Hannon and Dave Rude was spot-on. Hannon alternated his Gibson arsenal with a black flying V, a white double neck and his signature maroon SG, while Rude dazzled the audience on his vintage Les Paul sunburst.
Tesla is, unfortunately, one of those bands that started in the 80s who continually gets lumped in with the hair band genre. They are often overlooked, go unappreciated and not given anywhere near the credit they deserve for their talents. However, their legion of fans and critics, like me, know better. They consistently put out quality records and continue to tour successfully. Each member of the band is an integral part of what makes this band so special and undoubtedly accounts for their longevity. They just keep Gettin Better and seeing Tesla live, even if its for the 100th time, is still sweeter than any candy I wouldve gotten had I gone trick or treating instead. 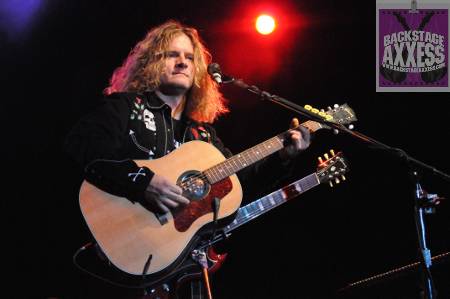 We would like to thank Janie Hoffman of all things possible for allowing us to cover the show. For more information on Tesla, you can go to: http://www.teslatheband.com/