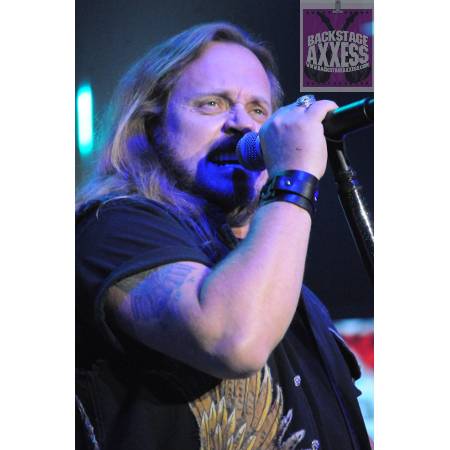 On tour in support of their latest effort,God & Guns, Lynyrd Skynyrd wrapped up their 2008 touring season in Salamanca, NY this past Saturday. The stage was equipped with 5 video screens and featured 2 small ones on each side plus one giant one in the middle. Even though the band consists of only one original member (guitar player Gary Rossington) from the bands first album, Its Pronounced Lynyrd Skynyrd, seeing Skynyrd continues to be almost like a religious experience between the band and their fans. Its unlike no other. The band really appreciates it fans and its heartfelt connections are made through the songs and the connections the band members make with their fans throughout the show. Possibly due to the casinos time constraints the band chose to play a medley of 5 songs in the middle of their set. One of the five tunes selected was Simple Man, where the band paid homage to the troops and was accompanied by a backdrop of continuous video footage of assorted military families. It was a very touching gesture that showed respect to our Armed Forces. During another medley, Tuesdays Gone, welcomed a gentleman named The Box who came out with a harmonica and jammed away throughout the song with the band. Guitarist Rickey Medlocke soloed his way through Call Me the Breeze with his teeth. If you know the band then you should be aware of original keyboardist Billy Powell who passed on this past January, and when the band played Free Bird for their encore they showed video of Billy playing the intro to the song on the backdrop and it was a poignant salute to their former bandmate. In fact, the band did this with all original former members who passed on and then also thanked members who played with them at some point in their past.
The band played a tight 1 hour and 25 minute set, providing a satisfying end for the Salamanca, NY fans that came out to devour yet another helping of southern fried rock and roll, served Skynyrd style.

Medley of:
Whiskey Rock A Roller
Down South Jukin
The Needle and Spoon
Gimme Back My Bullets
Tuesdays Gone 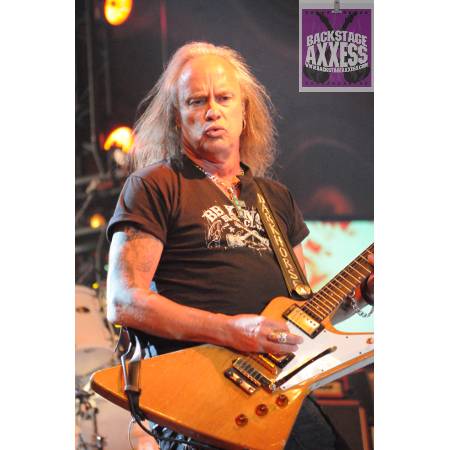 We would like to thank Mary Michael from Webster PR for allowing us to cover the show and Awendea Kuhl from the Allegany Casino for her hospitality towards Backstageaxxess.com.