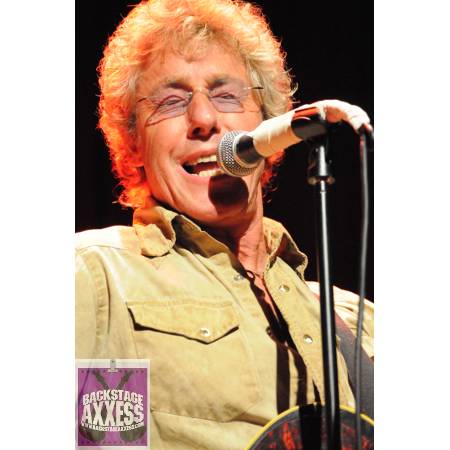 There are artists, there are performers and then, there are iconic figures. On Tuesday night November 3rd, at the House of Blues in Cleveland, Ohio, I witnessed the latter in the flesh. Roger Daltrey, singer of the legendary band The Who, is definitely an iconic figure. He is currently on a fun tour called Use It or Lose It.” Roger came on stage sipping some tea and giving off a storyteller’s type of atmosphere while kicking into The Who Classic Who Are You. Witnessing such a performance in such an intimate setting was a treat for this sold out crowd in attendance.
Rogers band consisted of bassist Jon Button, drummer Scott Devour and brother of Pete Townsend; Simon Townsend. In fact, Simon did a dead on version of Goin Mobile that is sung by Pete when The Who are on tour. Roger donned a guitar for most of the evenings tracks and threw in some harmonica on Goin Mobile and My Generation. Roger touched upon many different songs from others’ catalogs, including songs from Muddy Waters and Mose Allison. Roger talked about how former Who drummer Keith Moon did the high parts in the song Pictures of Lily and that he could never touch the way he did it.
The highlights of the evening included a great rendition of “Squeeze Box” and the gem that got the most attention Baba ORiley. Unfortunately on the latter, this was the beginning of the end for Daltrey as the 65 year old voice gave out. He attempted the Johnny Cash medley that was on the set list, but quickly terminated it and decided to do the raspy Born on the Bayou by Creedence Clearwater Revival, which his voice more was suited for at the time.
It was an unfortunate set of circumstances that the 90 minute show was cut a bit short. Again, considering who it was and how Roger handled it, I have no qualms of making this trip to witness an imperfect Roger on this evening. He is human too, like the rest of us. 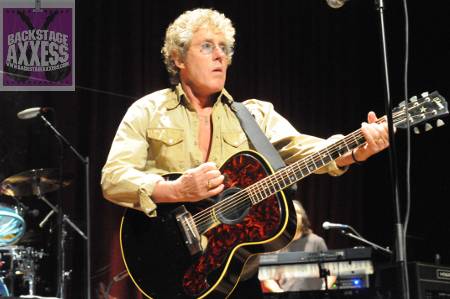 We would like to give a HUGE THANKS to Penny Guyon of Firefly-Media for allowing Backstageaxxess.com to cover such a unique show. For more information on Roger an his solo dates, you can go to: http://www.thewho.com/