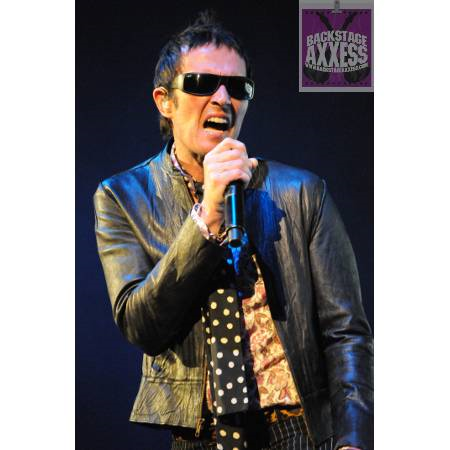 The Stone Temple Pilots (STP) played Copps Coliseum Wednesday night to a generally enthusiastic crowd of 3,500 people. Scheduled to take the stage at 8:15 p.m., the band was about 20 minutes late in doing so. When they appeared amongst an enormous LED screen backdrop, they kicked into Silvergun Superman off their sophomore album Purple.
Singer Scott Weiland, who was sporting sunglasses, a loosely fitted tie and a tight black leather jacket, was all business and delivered the songs with a no frills type of attitude. Weiland used a megaphone, which is now becoming his trademark, on some of the songs like Crackerman and Sex Type Thing. Accompanied by drummer Eric Kretz, and brothers Robert and Dean DeLeo on bass and guitar respectively, the band sounded extremely tight. There was very little interaction between the band members, but this didnt take away from what they gave the fans throughout the show; a trip back to the mid-1990s when STP was one of the biggest bands on the planet.
The 16 song set was fueled by all their hits including, Big Empty, Plus, and Wicked Garden. The Stone Temple Pilots have been back together and reunited since the spring of 2008 (they broke up in 2003.) Rumors have it that the band will eventually start working on new material. After tonights performance, there should be no reason for the band to think otherwise!

Dead and Bloated
Trippin on a Hole in a Paper Heart 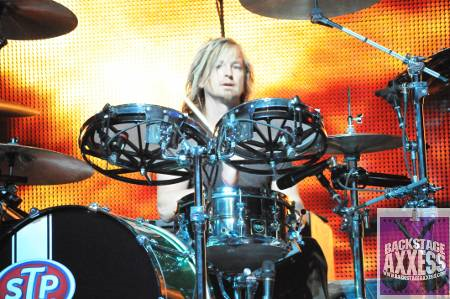