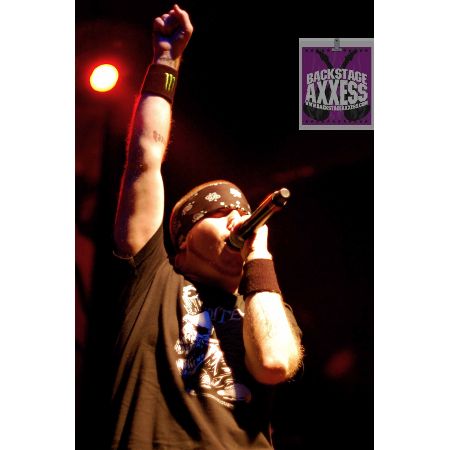 Theres a handful of bands that made it that trace their roots back to Buffalo, but theres only one that can be considered an icon and pioneer of its genre. The one and only Cannibal Corpse. The line-up may have changed a little, but the brutality remains the same. From the moment they take the stage, Corpse makes it very clear that they are there to hand you your head.
Vocalist George Fisher invited all members of the crowd to bang their heads as hard as he does, but every moment that passes further solidifies the fact that there is no such person in attendance that night. Many try to keep up, but it also becomes clear that there probably isnt a person alive today that would be able to keep up. However, one thing that holds true at any show is that that theres always at least one idiot in the crowd. It continues to baffle me. What possesses someone to throw something at the band? While I have seen this handled many different ways by many different bands, Id say that George Fishers way nails the point home in a way that effectively stops all such activities.
Within the first three songs, there it was – something goes flying at the band. Upon completion of the tune, George invited the guilty party to the stage so that they may have the proper confrontation. Needless to say, nobody showed up and accepted responsibility. His point was further driven home by stating that if it happened again, he would have that person brought to the stage and as put in his exact words to the crowd, I will kill you.” I was about 8 feet in front of him when he spoke those words, and I can tell you that if anything else had been thrown anywhere near the stage there was a good possibility we would have witnessed a murder.
Other than that one incident, Buffalo gave the Corpse a proper homecoming, and they gave it right back. Even dedicating a mid-set thrashing to a Buffalo OB (original banger) and former roadie, Snake. Youve heard it before; you cannot duplicate the original. Any death metal band alive today owes a debt to Cannibal Corpse. Scary looking guys thrashing their heads around, sweat flying all over the place, music that sounds as if it was written by Satan himself, a pit that resembles a human tornado all these things come together in a beautiful explosion that can be called a Cannibal Corpse show. December 14th at Buffalos Town Ballroom was no exception. Death Metal brutality at its finest.

All Hail the Breed! There are few frontmen today who can command a crowd the way Jamey Jasta does. Hatebreed has been around for quite some time, and has been through so much crap that its amazing that they can still pull off a show with such intense positivity.
Out of all the bands that played that night, Hatebreed was the one that drew the crowd together as one giant ball of positive energy. Lets face it, metal has a stigma of being a bunch of pissed off people who hate the world. While this may be true sometimes, Jamey Jasta has the unique gift of being able to take all of that energy from within the room and turn it into a celebration of life and unity. Monday night in Buffalo was no exception. The flawless execution of every song played, combined with perfect work done by the sound engineers, made for yet another Hatebreed show that was nothing less than fantastic.
If youve seen them before, you know what Im getting at. If you havent, look for Hatebreed anywhere near your area and treat yourself to a fantastic evening of full blown metal goodness. 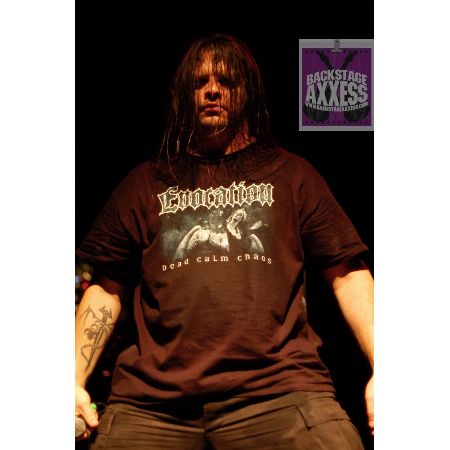