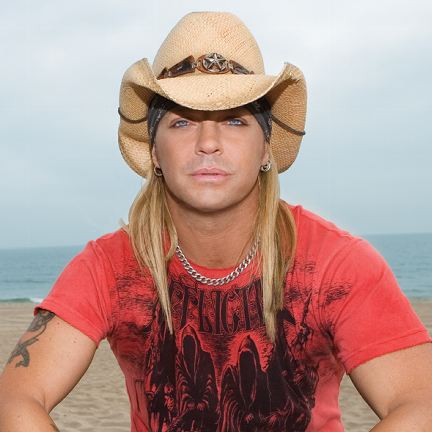 In the hours immediately following reports of a brain hemorrhage, Bret Michaels’ fans have been poring over various websites looking for a hopeful update on the Poison frontman’s health. Now, some encouraging words have leaked that Michaels may be better off than initially feared.

TMZ is reporting that Michaels is “awake, in good spirits and talking” as of Friday evening (April 23). This information comes from Ambre Lake, the season-two winner of Michaels’ “Rock of Love” reality show. TMZ reports that Lake has spoken with people close to Bret who say he’s “stabilized and conscious.”

Lake’s status update on the 47-year-old hair-metal legend is said to coincide with another unidentified “Rock of Love” contestant who is in touch with the other members of Poison. Michaels was rushed to the hospital late Thursday evening, where doctors discovered he had suffered a massive brain hemorrhage, a rep for the singer confirmed to MTV News.
“After several CAT scans, MRIs and an angiogram, [doctors] decided to keep Michaels in the ICU and are running several tests to determine the cause [of the hemorrhage],” the source told People. “[It] will be touch and go for the next few days while he is under intense observation.”

The next 24 to 48 hours are considered critical for Michaels, and he will be closely monitored by the staff at the undisclosed hospital. Most recently, Michaels has been a contestant on NBC’s “Celebrity Apprentice.”