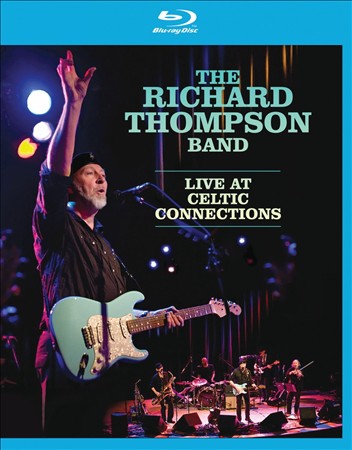 In the early 1980s, a friend of mine told me about a guitarist recommended to him by the proprietor of a local record store. That guitarist was Richard Thompson, who had developed somewhat of a cult following, after stints with The Fairport Convention and his ex-wife Linda Thompson.,

Years later Richard Thompson remains one of the most respected guitarists in the music business, and an amazing songwriter to boot.

Thompson’s latest release is a DVD entitled ” The Richard Thompson Band: Live at Celtic Connection.” The first half of the performance features songs from his 2010 release “Dream Attic,’ and the second half of the show features selections from Thompson’s vast catalogue.

If this were just a live album with no visuals, it would be outstanding, but the added treat of seeing Thompson play is well worth the cost of the DVD. While he may not be a flashy performer, watching Thompson play guitar is watching a master of his instrument at work.

The “Dream Attic” material sounds great, not too far removed from the studio recordings. Thompson’s banter between songs is enjoyable, especially his intro to the song “Burning Man.”

The second set will certainly please longtime fans of Thompson, as it features some real gems like “If Love Whispers Your Name” and one of my all time favorite Thompson songs, “Tear Stained Letter.”

If you ever were a Richard Thompson fan, you will want to pick this release up. If you aren’t familiar with Thompson’s work this DVD will be a great introduction to a great musician.