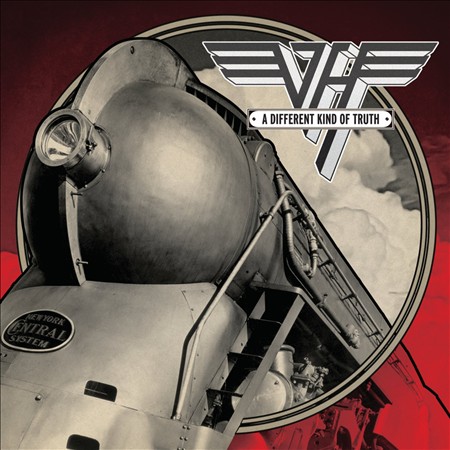 The last time Van Halen recorded an album of original material with David Lee Roth a gallon of gas was just over a dollar and The Cold War was still going on. While Van Halen topped the charts with “1984,” Arnold Schwarzenegger coined the phrase, “I’ll be back,” and here we are nearly thirty years later with Roth back in the studio full-time with the band he helped propel to superstardom.

While “1984” ended the Roth era, it marked a move by Van Halen away from complete reliance on guitar-based songs and towards a melodic side they explored with Sammy Hagar and later with Gary Cherone.

“A Different Kind of Truth,” does not pick up where “1984” left off, instead it goes back further to the classic sound found on their first album. While some criticize Van Halen for rehashing old songs, what better way to bring Roth back in the fold than to go back to the sound that garnered Van Halen respect in the first place?

Songs like “Jump,” “I’ll Wait,” may have been commercial successes, but amongst the Van Halen faithful, it is the Eddie’s shredding and guitar heroics on songs like “I’m the One” or “Atomic Punk,” that gave Van Halen its ballsy reputation.

While “A Different Kind of Truth” may not yield a slew of hit singles, fans of the Classic Roth era will find plenty to love on the album, from the straight ahead rockers like “Chinatown” to “Stay Frosty,” a song that could be a sequel to “Ice Cream Man.”

On “A Different Kind of Truth,” Van Halen sounds more like a garage band than arena rock stars, but that is the appeal of the album. Where it would have failed is if the band had overproduced and over thought the songs. In other words, they avoided the mistakes of their last album fronted by Gary Cherone, when they tried to reinvent themselves.

There is no question that bassist Michael Anthony is missed for his high harmonies and unique style on the bass. Nonetheless it is not deal breaker, “A Different Kind of Truth” is still a very good album meant to be played very loud.