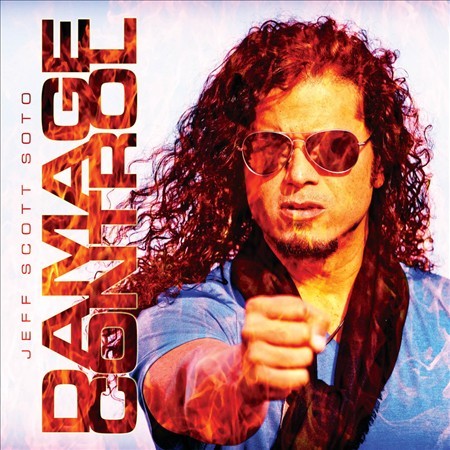 After thirty years in rock and roll as both a solo artist and frontman for bands like Talisman, Journey, and the Trans-Siberian Orchestra, Jeff Scott Soto has proven time and again to be an amazing rock vocalist. Soto is about to release his fifth solo album, “Damage Control,” on March 26.

“Damage Control” is a great example of melodic rock at its best. The album is full of catchy melodies and great hooks. Jeff’s vocals are pure and smooth throughout, transitioning from one track to the next effortlessly. There is also some great guitar work that you won’t want to miss and performances from guest artists such as Dave Meniketti of Y&T.

“Damage Control” has a little something for everyone with radio friendly tracks like “Give A Little More” and “Look Inside Your Heart” to the heavier rockers “Krazy World” and “Afterworld.” There is also a great power ballad called, “Bona Fide,” a song that is an emotional powerhouse and showcases Soto’s soaring vocals.

For fans of melodic rock, “Damage Control” is a solid album from start to finish and would make a great addition to any collection. Check this one out and do a little “Damage Control” of your own today.