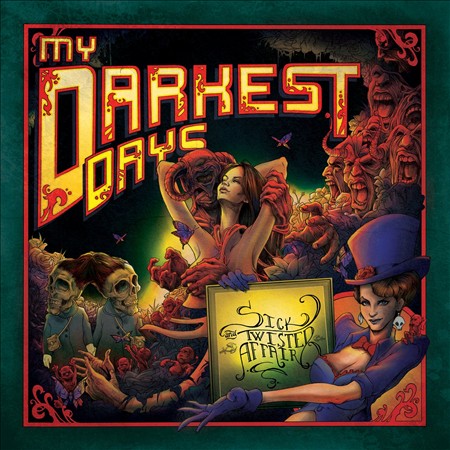 On “Sick and Twisted Affair,” My Darkest Days continue with the formula that worked so well for them on their first album. Utilizing the same production team, this record is sleek and full of simple melodies and catchy hooks. It’s fun and easy to listen to. The first single, “Casual Sex,” is reminiscent of their debut album’s “Porn Star Dancing,” and is sure to be a huge hit along with other club friendly tracks like “Love Crime” and “Again.” The heavier side of My Darkest Days shows up on the title track, “Sick and Twisted Affair,” which delves into the topic of an addicting relationship. There is also a cover of R&B artist Joe and rapper Mystikal’s, “Stutter.”

Far too often, a band’s sophomore effort is disappointing. That is clearly not the case here. “Sick and Twisted Affair” is everything the debut album was and a little more. The record is quite simply a good time. My Darkest Days hold true to the old adage, “If it ain’t broke, don’t fix it!”