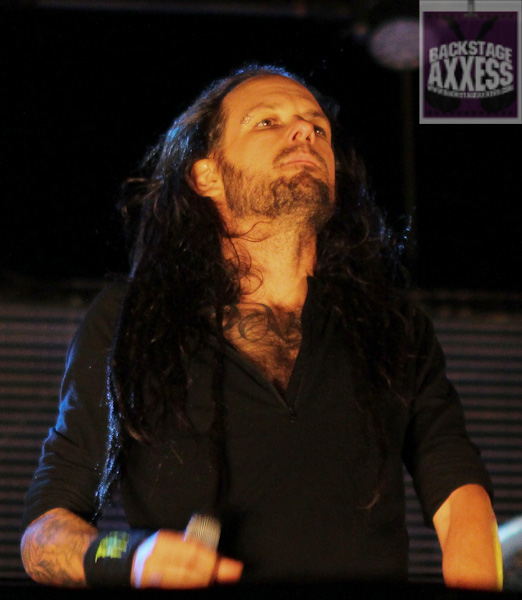 ­     It was a hot and dusty day in the sandhills of North Carolina as tens of thousands of rock fans descended upon “The Rock” for the second annual Carolina Rebellion. The lineup for the show was fantastic featuring not only some of the top acts in rock like Shinedown and KoRn, but a slew of up and coming bands as well. Fans affectionately known as the Rebels came to have a great time and did not leave disappointed.

­     The action began early in the day with Ghosts of August, Carolina natives Paper Tongues and Weaving the Fate as they got the crowd going with rock solid sets. Minnesota rockers New Medicine kicked it up a notch playing their hits “Laid” and “Race You to the Bottom” off their debut album.

­     Next up were the Las Vegas bad boys of Adelitas Way followed by Halestorm, who happened to be my favorite of the early artists to perform. Lzzy Hale commanded the stage as they ripped through their set which included “Love Bites(So Do I)” off their new album and their debut hit “I Get Off.” Volbeat took the stage afterward and performed an energy filled set including a cover of Dusty Springfield’s “I Only Want to Be with You” and a teaser of Slayer’s “Raining Blood.”

­     Every band was giving it 100% and the performances just seemed to get better and better as the day went on. The crowd was getting larger and larger as Chevelle took the stage. It always amazes me how strong the three of them sound. There is something to be said about their approach and just letting the power of their music do the work as they led the audience through a hauntingly beautiful version of “The Red.”

­     Of course, the other side of rock and roll is the showmanship and the personality and nobody does that better than Slash. Coming out with his trademark hat and sunglasses, Slash was the epitome of cool. With Myles Kennedy on vocals, Slash and the Conspirators rocked the house with swagger and attitude. Slash and Myles were simply amazing and definitely brought their A game. Their set ended with the Guns and Roses tune “Paradise City” as metallic confetti spewed out at the audience. I was definitely blown away and I’m sure I wasn’t the only one thinking “Axl who?”

­     After being amped up by Slash’s terrific set, the crowd was going wild. The “Death Punch” chants began to grow to a deafening volume as additional security made their way to the front of the house. There was a huge contingent of Five Finger Death Punch fans in attendance and they made their presence known. As the band tore through “Under and Over It,” vocalist Ivan Moody worked the stage with hibrass-knuckleded fist in the air. The crowd was loving it and their set included a teaser of Pantera’s “Walk” and Ozzy’s “Crazy Train” along with their hit cover of “Bad Company” and a solo by drummer Jeremy Spencer.

­     Christian metal band P.O.D. (Payable on Death) kept it going as they closed out the Jagermeister stage for the day. These guys love what they do and gave it their all as lead vocalist Sonny Sandoval went over the barricade to stand on the shoulders of the fans as they rocked through their hit “Boom” and a terrific cover of Sublime’s “What I Got.”

­     The focus then shifted back to the main stages as the top four acts were getting ready to finish off the evening. Staind put in a strong performance with their new single “Eyes Wide Open” and older hits like “It’s Been Awhile” and “Outside.” Mike Mushok is amazing on the guitar and Aaron Lewis’s vocals were fantastic. He has had vocal issues during prior tours but there was absolutely no evidence of that tonight. He was spot on throughout the set.

Following the trend of amazing vocal performances, Evanescence began their set with the first single from their latest album, “What You Want.” Amy Lee’s voice is simply breathtaking live and she is captivating to watch. The highlight of their set was their closer “Bring Me To Life,” which showcased both the talent of the band and the vocal power of Lee.

­     As the stage lights went dark, the KoRn chants began. There was a slight delay which only ramped up the energy of the crowd. Rumours had been spreading throughout the day that KoRn would have a special surprise in store for everyone. The crowd erupted as Jonathan Davis finally took the stage to begin. They have been using a timeline approach to their sets this tour, ripping through older songs like “Divine” and “Predictable” before getting into their latest work from “The Path of Totality.” The fans seemed to love the newer material as much as the old and went crazy during “Get Up!” Included in the set was a cover of Pink Floyd’s “Another Brick in the Wall.” But by far, the highlight of the evening for KoRn fans was their final song “Blind.” History was made as Davis introduced Brian “Head” Welch, who joined his former bandmates on stage to play guitar for the first time since 2005. Wow!

­     After that, Shinedown would have their work cut out for them. Opening with “The Sound of Madness,” they proved they were up to the challenge. Brent Smith both sounded and looked amazing as did the rest of the band. They performed material from their newest record “Amaryllis” as well as hit after hit including a very emotional “.45.” It’s always amazing to have forty or fifty thousand strong singing along to a song like that. The best part of the set for me was Shinedown’s version of the Lynyrd Skynyrd classic, “Simple Man.” Hands down, I think it is one of the best covers of any song ever. They finished up with an encore of “Second Chance” and “Fly from the Inside.” Judging by the crowd reaction there is no doubt that Shinedown will be headlining festivals like this one for a long time to come.

­     That marked the end of Carolina Rebellion 2012. It was a long, exhausting day filled with great music, great artists, and great times and that is exactly what a rock and roll show should be.

Divine
Predictable
No Place to Hide
Good God
Narcissistic Cannibal
Kill Mercy Within
Chaos Lives in Everything
Get Up!
Here to Stay
Freak on a Leash
Falling Away from Me
Another Brick in the Wall (Pink Floyd cover)
Shoots and Ladders/One (Metallica cover)
Got the Life
Drum Solo
Blind (Featuring Brian “Head” Welch on guitar)

Second Chance
Fly from the Inside 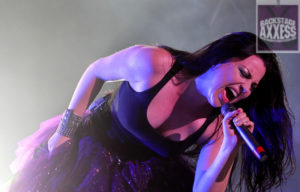