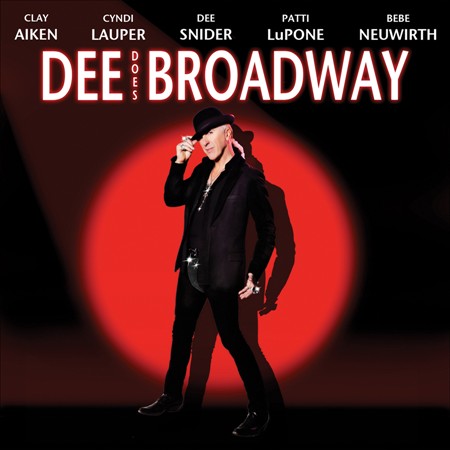 When I think of Dee Snider, my mind pictures the iconic image of Dee from his Twisted Sister days of crazy hair, crazy makeup, and a crazy attitude. The furthest thing from my mind is Broadway show tunes. Yet after a successful run on Broadway in “Rock of Ages,” Dee has released a new studio album, “Dee Does Broadway.” Why would this master of metal mayhem take a turn at classic show tunes? Why not? After all, his tours with Twisted Sister were very similar to a Broadway production complete with great music, elaborate staging and outrageous costumes and makeup. Add the fact that Dee is a classically trained vocalist who got his start singing in a school choir and the idea just makes a lot of sense.

For this record, Dee tackles a wide variety of show tunes and adds his own twisted, rock and roll touch to each one. The action begins with the opening track, “Cabaret,” which starts out with a heavy rock introduction and becomes a fun piece with a superb horn section. The darker songs like “The Ballad of Sweeney Todd” lend themselves well to the heavier rock versions and Dee’s take on “Whatever Lola Wants (Lola Gets)” with Bebe Neuwirth is downright eerie. A host of other talented guests appear on the record, including Cyndi Lauper, Clay Aiken, and Patti LuPone, who does a beautiful vocal on “Tonight/Somewhere” from West Side Story.

One of the standout tracks on the album is “The Joint Is Jumpin’” which features Dee’s son, Jesse Blaze Snider. This song just flat out rocks. It begins in true rock fashion with heavy guitars and includes some blazing solo guitar work and some very cool, honky tonk piano. My favorite track by far has to be “Mack the Knife” from the ThreePenny Opera. This song blends the two different genres of broadway musical and rock and roll extremely well and offers us the best of both worlds. Starting with some terrific piano and smooth as silk vocals from Dee, the tune takes a different direction midway through, ending with blistering rock guitars amid a lush, musical style background.

Fans of the Great White Way will appreciate this record for the lush orchestration and top notch arrangements while die hard rockers will enjoy Dee’s rockification of these classic tunes. “Dee Does Broadway” is an enjoyable time and proof that Dee Snider can accomplish just about anything he sets his mind to. As if we ever had any doubt?