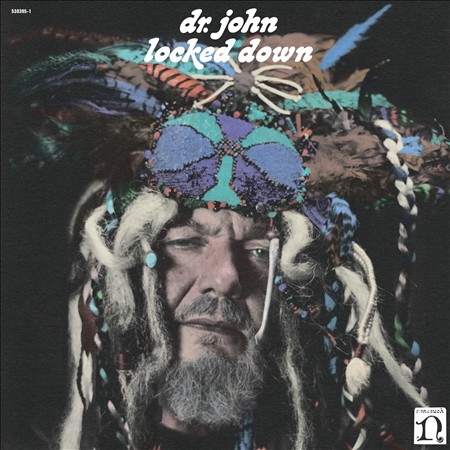 On occasion, a musical legend surprises fans with a gem late in their career; such is the case with Dr. John’s latest release “Locked Down.” The album has received a virtually endless parade of positive reviews, and this one will simply add to the chorus.

“Locked Down,” is so good that it will appeal to far more than the fan base of the Cajun flavored pianist. The album was produced by Dan Auerbach (singer & guitarist of The Black Keys). The album sound fresh, exciting, and ridiculously funky in a Creole kind of way.

Sonically, it is mixed to perfection. The instruments sound clear and crisp and Dr. John’s vocals are just dirty enough to give the songs character. All the songs sound live, not overly produced, and they are remarkably consistent making it an album of songs not a hodgepodge of sessions strung together.

While albums are becoming a dying art form, “Locked Down” contains all the elements that make a great album. It is also an album that can be appreciated by many generations of music fans.