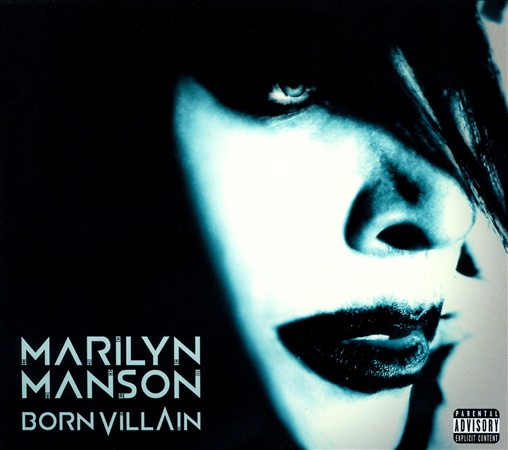 It’s almost impossible to talk about nineties rock music without including the highly controversial Marilyn Manson. Loved by depressed, angry teens everywhere for his unique musical style, dark lyrics, and outrageous persona, he was equally hated by parents everywhere for those very same reasons. Love him or hate him, Manson is back with a vengeance, and a new studio album, “Born Villain.”

A self-proclaimed comeback album, “Born” is the first release on his new label Cooking Vinyl and the best Marilyn Manson record in over a decade. Manson has been one of the few bands able to combine so many different musical styles with ease and this release is no exception. Incorporating metal, industrial, and glam rock, “Born Villain” has that signature Marilyn Manson sound and takes us back to the days of “Antichrist Superstar” and “Mechanical Animals.”

Appropriately titled, “Born Villain” gives us a deeper glimpse into the “evil” persona of Marilyn Manson himself. With some of his most personal lyrics to date, we are taken on a journey of personal loathing and self hatred on the tracks “No Reflection” and “Disengaged.” “The Gardener” is an interesting track which features mostly spoken words and lines like “I’m not man enough to be human.” Other standout songs are “Breaking the Same Old Ground” and a cover of Carly Simon’s “You’re So Vain” featuring a guest appearance by Johnny Depp.