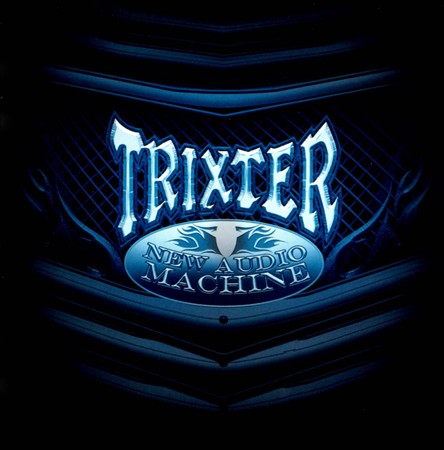 Just as Trixter was gaining success, the early nineties were giving birth to the new Seattle sound of grunge. Bands like Nirvana and Pearl Jam overtook the airwaves, pushing the hair and glam metal bands of the eighties quietly into the background. Like many of their counterparts, Trixter fell victim to the changing musical climate and disappeared from the music scene in 1995. After reuniting the original members in 2007, Trixter has released their first new music in almost twenty years, “New Audio Machine.”

The band enlisted help from songwriters Glen Burtnik, formerly of Styx, and Snake Sabo and Rachel Bolan of Skid Row for this new record. “New Audio Machine” is filled with classic, eighties-style, melodic rock. There are some great heavier tracks like “Tattoos & Misery” and “Dirty Love” as well as a sing-along “na, na, na, na” type chorus in “Drag Me Down.” Of course, the album would not be complete without the requisite power ballad, “The Coolest Thing.” Pete Loran’s vocals are in great shape and he sounds as if he never aged. The rest of the band (Steve Brown on lead guitar, P.J. Farley on bass, and Gus Scott on drums) plays with precision and sounds like they never took a hiatus at all.

Trixter doesn’t attempt to reinvent the wheel here. Instead they focus on what they know best, melodic riffs and catchy, albeit a bit cheesy, lyrics. The result, “New Audio Machine,” is a solid record from the New Jersey rockers. If you’re a child of the eighties or a fan of melodic rock in general, you’ll enjoy this one.