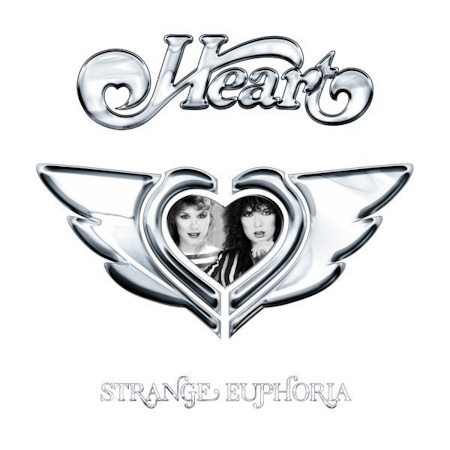 It’s been 37 years since Heart was formed in 1975 and the time has finally come for Ann & Nancy Wilson to release an all encompassing box set of their entire career. Ann and Nancy handpicked songs from 13 Heart studio albums, their side projects including the Lovemongers and solo material, and also dusted off some unreleased gems to add to this collection for your listening pleasure.

Plenty of demos, live and unreleased songs are scattered throughout the compilation. A stripped down version of “Magic Man” offers an almost pure innocence of the song before it was lavished with harmonies, guitars and that signature Heart sound that everyone would soon come to know. Although you’ll notice that Ann’s vocals are more laid back on the “Crazy on You” demo, as opposed to the intensity of her pipes on the studio version, there is a throat grabbing, fiery vocal rendition of “Heartless,” included along with an up-tempo demo version of Dog & Butterfly. Most of the demos are without harmonies and very pure.

Heart cut their teeth on many influences but none are more evident than Led Zeppelin. There is a live track, “Never,” that features Zeppelin bassist John Paul Jones. I’m sure this was a must add by Ann and Nancy. Personally, I like the unreleased track “Lucky Day.” It seems like a track that could have been included on either the “Brigade” or the “Desire Walks On” album. With more polishing this could have been a gem. That’s half the fun of hearing unreleased songs. The “what if’s” or “what about’s” combined with plenty of Monday morning quarterbacking come into play. Heart Mongers don’t fret, plenty of tunes by the Lovemongers are also included in this release. “Unconditional Love” sounds a lot like “Tell it Like it is,” a cover they did in 1980. I think a track that all Heart fans will love is a song called “Under the Sky.”

A solo song by Nancy Wilson is on disc 4 and titled “Everything. “ Just Nancy and her acoustic; sometimes, that’s all you need! A fun track with the Seattle Blues Horns called “Any Woman’s Blues” really showcases Ann’s sultry voice and also the harmonies during the choruses. Ann dedicates the unreleased “Boppy’s Back” to the memory of Dr. Martin Luther King. Ann sings in a strange octave and I must say it’s a very odd track.

The Wilsons sisters have been known to get together for hootenannies and the previously unreleased “Love or Madness” that is included here seems to be born out of one of those get-togethers, while “Skin to Skin” seems like a track that didn’t make it onto Ann’s solo CD.

The 4th disc is the show for KWSU-TV (A public TV station out of Washington State University) and was recorded in Feb-March 1976 and the show was called Second Coming. The 9 song, 55-minute set was never officially released before and showcases the original Heart band in raw form. Videos from this have surfaced but not the show in its entirety. A nice addition to the box set.

There are a few different versions of the box set. The standard with no bonuses comes with 3 audio discs and a live DVD from their show in March 1976 for KWSU-TV. Amazon has a bonus disc which includes 5 Led Zeppelin songs and Newbury Comics includes a signed poster with their version. “Strange Euphoria” will be released worldwide on Legacy Records on June 5, 2012.