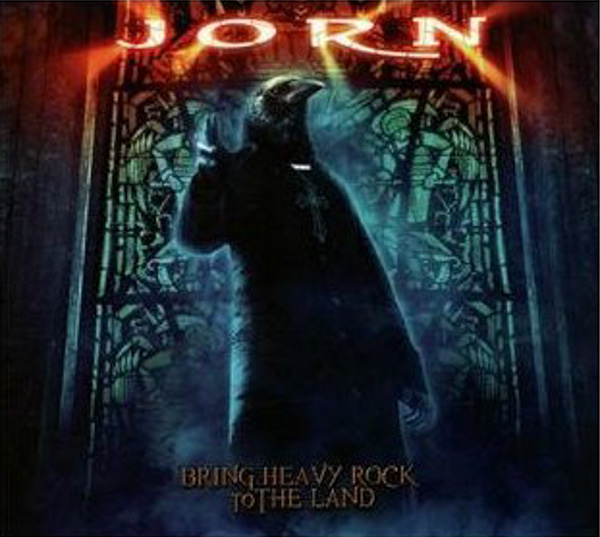 Norwegian rockers, Jorn, are about to release their latest album, “Bring Heavy Rock To The Land,” on Frontiers records. If you’ve never heard of Jorn, and chances are you haven’t, you are missing out on some incredible rock and roll. Lead vocalist, Jorn Lande, is a true legend with almost thirty years in the business. His credits include a role as the frontman in the German metal band, Masterplan, as well as projects with Millenium and Ark. Jorn is blessed with a powerful, unique voice that sets him miles apart from other vocalists. He is truly one of the best hard rock singers of today.

For this record, Jorn once again collaborates with producer Tommy Hansen to achieve their signature sound of roaring vocals accompanied by blistering guitars. Axemasters Tore Moren and Jimmy Iverson tear it up on “A Thousand Cuts,” “Ride to The Guns,” and the title track, “Bring Heavy Rock to the Land.” Jorn’s vocals are rich and powerful throughout the record and really shine on the stripped down track, “My Road.” A surprise inclusion on this release is a metal version of Christopher Cross’s “Ride Like The Wind.” Another great track is “Black Morning,” which has a really laid back, southern rock groove to it If not for Jorn Lande’s distinctive voice, I would swear it was a different band. It definitely strays from their usual style, but they pull it off very well. The disc closes with the self-explanatory, “I Came To Rock.” Indeed they did.

Whether you are a long time Jorn fan or new to the band, check out “Bring Heavy Rock To The Land” and experience for yourself one of the greatest hard rock vocalists of our time.