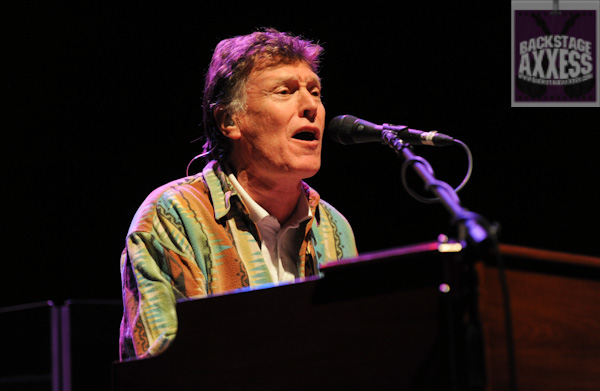 ­     64-year-old English singer/songwriter Steve Winwood graced the stage last Friday night at CMAC in Canandaigua, NY. The former Traffic and Spence Davis Group vocalist played an hour and half of music comprising of songs that were mostly from those years.

­     Winwood spent the majority of his time behind the Hammond B3 Organ tickling the ivories, but did come out to play guitar on “Can’t Find my Way Home,” “Dirty City,” and the mega hit “Higher Love.” Winwood’s voice was the highlight as the songs were delivered with precision and fluidity. The weather (wind and rain all evening) did not prevent the most die hard fans from attending and Winwood himself thanked them for that. Steve gave us a little taste of his last offering “Nine Lives,” as he played “Dirty City,” “Fly” and “At times We Do forget.” Of course the biggest applause was for both “Dear Mr. Fantasy,” and his biggest hit as a solo artist, “Higher Love.” The set was consistent but was hard to match the intensity of the opener.

­     That opener’s name was Michael Franti & Spearhead. Franti not only endeared himself to the crowd, but to this writer as well. Influenced by reggae, funk, jam band, and fusion, Franti brought a joyous spirit and made sure he brought that energy to every area of CMAC. He went to the 2nd level , the lawn, the sides and everywhere else you can think of during his hour set. He dedicated “The Sound of Sunshine” to his father’s coming out of surgery recently. He also brought 3 fans on stage and two of them got a guitar to play. They weren’t plugged in, but nonetheless, the fans loved playing “rockstar” and made their way around to show the fans that excitement. It should be noted that Franti does not wear footwear so he did this all while barefoot.

­     After his set he came to the edge of the stage and jumped into the front row and posed for photos and signed autographs. What a way to personally connect with fans. I’ve never seen an artist do this before. A must see set and I personally can’t wait until I see him again!

Everyone Deserves Music
Yes I Will
All I Want is You
Sound of Sunshine
Yell Fire!
Hey Hey Hey
Life is Better With You
I’ll be Watching
Say Hey (I love You)
Long Ride Home 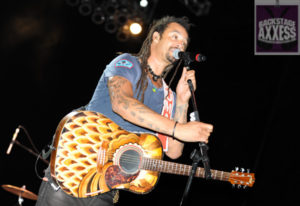 We would like to thank Kim Allen from Dixon Schwabl for her assistance in helping BackstageAxxess in covering the show.