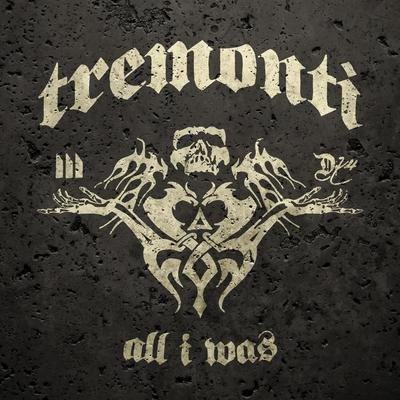 Hold on to your hat and get ready to be blown out of your seat. Mark Tremonti’s first solo album, “All I Was,” is about to drop and make a very big splash. Doing double duty as lead guitarist and songwriter for both Creed and Alter Bridge, Mark is a creative force to be reckoned with. “All I Was” is a true showcase for his talents as he takes things in his own direction.

The album opens with the hard hitting, “Leave It Alone,” setting the tone for the entire cd. You can hear the thrash metal influence of bands like Slayer and Metallica as the riffs keep coming. The tracks are harder and heavier than anything Tremonti has done before. It’s no secret that Mark can shred with the very best and this record is no exception. It is jampacked with killer solo work especially on “Wish You Well,” “Decay,” and the first single, “You Waste Your Time.” Fans of his beautiful harmonies and huge choruses will not be disappointed either. “”All I Was” and the ballad “New Way Out” are powerful proof of his songwriting abilities.

Tremonti has also chosen to handle all the vocal duties himself on this record. He has a deep, powerful voice and the songs are well suited for his lower range. It’s clear from the title track that he has become more introspective and open lyrically than ever before as he touches on personal betrayal and also new beginnings. A not to miss track is “The Things I’ve Seen” which shows Mark at his most vulnerable with a haunting vocal.

Tremonti has definitely kicked it up a notch for his solo debut. By combining the power of speed metal type riffs with searing solos and melodic choruses, he has come up with a sound that is uniquely his own.