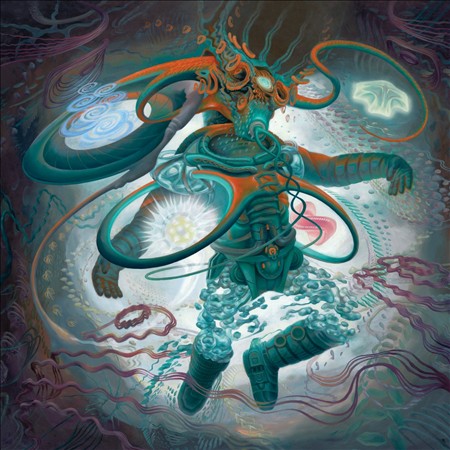 Whether you love them or hate them, concept albums have been around forever. Many bands over the years have attempted to achieve this lofty goal. Some have done it with great success like Pink Floyd’s “The Wall” or The Who’s “Tommy.” Others have struggled with the idea; Styx’s “Kilroy Was Here” for example. But no one in modern rock does the concept album better than Coheed and Cambria. In fact, they have made a career out of it.

Their latest release “The Afterman:Ascension” is the first of a double album with the second half “The Afterman:Decension” to be released early next year. The new record continues with the “Amory Wars” storyline based on the sci-fi writings of lead singer/guitarist Claudio Sanchez. In this installment, the focus is on the origins of Sirius Amory, the lead character.

The record begins with “The Hollow” an otherworldly conversation between Sirius and Mother (a computer). The first single “Key Entity Extraction I Domino The Destitute” kicks things into high gear with aggressive guitars and Sanchez’s signature vocals. Other heavy tracks include “Mothers of Men” and “Key Entity Extraction III Vic The Butcher.” Two of the songs have a much lighter, pop sound, “The Afterman” and “Goodnight Fair Lady.” The album closes with “Key Entity Extraction IV Evagria The Faithful” which was my favorite track. It has a great groove to it and really combines both the heavy and lighter sides of Coheed’s music.

“The Afterman:Ascension” is a great showcase for all that Coheed and Cambria has to offer. The songs are good enough to stand on their own so even if you aren’t following the storyline, you can still appreciate the music.