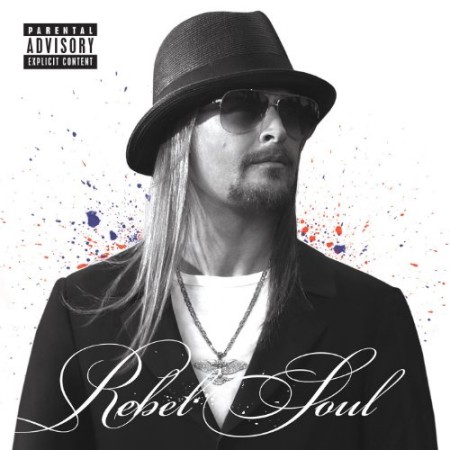 Sometimes the most unlikely ingredients combine together to create the perfect dish. A great chef can take a little of this and a little of that and come up with something fantastic. If rock music had a master chef, it would have to be Kid Rock. No other artist incorporates so many different genres and styles, blending them into a unique sound of their own. For his latest release, “Rebel Soul,” Kid gives us a little bit of everything from southern rock and country to hip-hop and Motown soul.

“Rebel Soul” goes back to the basics with simple, sing-a-long lyrics, bluesy grooves, and bad ass attitude. “Chickens In The Pen” is a fun country jam and “3 CATT Boogie” will have you dancing the night away. The title track is a terrific southern rocker along with his tribute to the troops, the heavier rock of “Let’s Ride.” There are some great slower songs as well. “The Mirror” is an introspective soul searcher with a climactic guitar solo and “Cocaine and Gin” is a sorrowful country lament.

Kid Rock has also never been afraid to pay homage to his Detroit roots and is in his element completely on “Detroit, Michigan” which has some great sax work and on “Mr. Rock N Roll” which celebrates rock classics from “Proud Mary” to “Stairway to Heaven.” The rap/rock “Cucci Galore” is reminiscent of “Bawitdaba” and will be a Kid classic with mention of “edible bikinis and chocolate martinis.” Closing out “Rebel Soul” is “Midnight Ferry,” a bluesy ballad complete with a “hallelujah” chorus.

“Rebel Soul” will have your hands clapping and your hips shaking. It’s feel good music at its best. Let’s face it, you don’t turn on Kid Rock to seek divine inspiration, but to have a really, damn good time. That’s exactly what you’ll get with “Rebel Soul.”