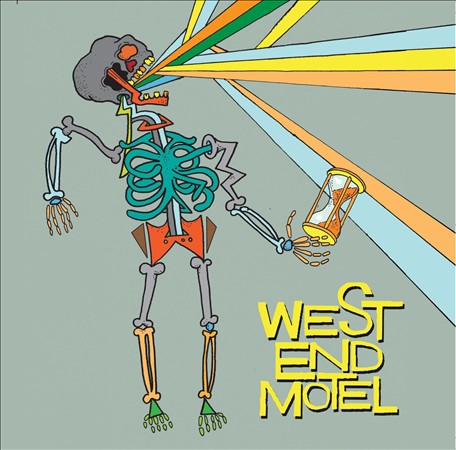 Are you tired of the same old formula that mainstream rock seems to be throwing us these days? If you’re eager for something a bit different, check out the sophomore release by West End Motel, “Only Time Can Tell.” West End Motel is the side project from Mastodon guitarist Brent Hinds and his longtime friend and vocalist Tom Chesire. This new record is not blistering metal ala Mastodon, but an exploration of unique styles and sounds which offer us a little bit of everything.

Kicking things off is the first single, “Burn It Down,” with a funky groove, soulful horns, and catchy chorus. “El Myr” is similar in style with some added island calypso rhythms. Next up is the Springsteen like track, “Witch Is Dead,” complete with killer sax work, funky guitars, and a sha-la-la ending. Things take a bit of a darker turn with the soulful ballad “If I Only Had Tomorrow (Second Chances)” and the latin flavored “Forgiveness.” Closing out the record is the dark and bluesy “Valentine.”

The guitar work on the record is extraordinary as Hines seamlessly flows from one style to the next without missing a beat. Tom Chesire’s rough and sometimes indecipherable vocals only add to the overall character and charm of the album. West End Motel has given us another terrific record. “Only Time Can Tell” is contagious, you’ll find yourself listening to it time and time again.