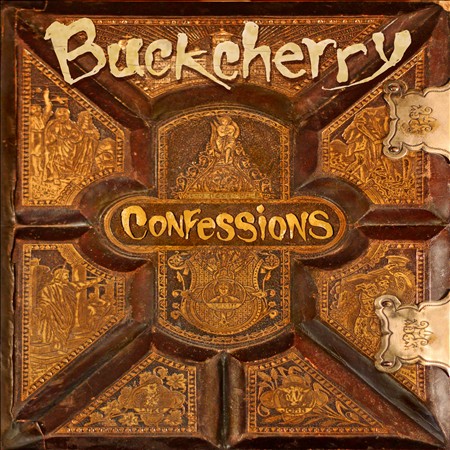 If you mix classic rock with one part blues, a little bit of punk and a whole lot of attitude, you get the unique and distinctive sound of Buckcherry. The Los Angeles rockers are geared up and about to release their sixth and best album yet, “Confessions.” Known for feel good party songs like “Lit Up” and “Crazy Bitch,” the band has taken things deeper and more personal for the new record. Lead vocalist Josh Todd draws on his own childhood experiences and his maturity into adulthood with a set of songs that are linked through a common theme of the seven deadly sins.

Though lyrically introspective, musically we get the same Buckcherry that we know and love. Keith Nelson and Stevie D pack a punch with classic riffs and killer solos along with Todd’s unique vocal stylings. The album kicks off with the first single “Gluttony” that rips along at breakneck speed and will have you shouting the “I Want It, I Want It” chorus in no time. “Pride” is an interesting track that has Todd using spoken words instead of singing for a good portion of the song. And for those who enjoy the slower paced songs, there are two laidback ballads, “The Truth” and “Dreamin’ of You.” The song that stood out to me the most was the slower paced, bluesy “Sloth.” It just has a wicked groove and some pretty terrific guitar work.

If you had to make a confession right now, what would your sins be? Envy? Greed? Lust? On “Confessions,” Buckcherry tackles them all taking their songwriting to the next level. This new record shows they are at the top of their game and lets us know they can still throw down and rock with the best of them.