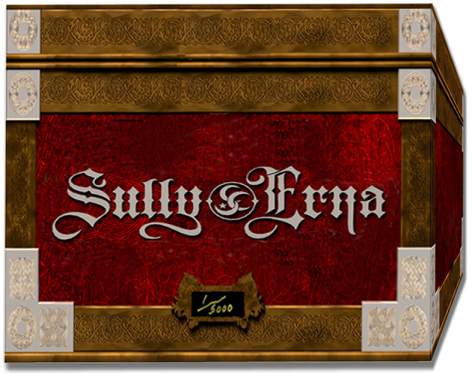 Sully Erna’s “Avalon Live” is included in his “Avalon” Limited Edition Box Set along with “Avalon” CD’s, DVD’s, and a myriad of other commemorative goodies. The concert footage was shot live at the beautiful Wilbur Theater in Boston, giving the viewer a very up close and intimate feeling from the start.

The show begins as a voice announces “Welcome to Avalon, experience the gift of music.” That is exactly what Sully’s show is, the experience and gift of live music.

The opening strains of “Avalon” begin as the camera focuses on the individual musicians on stage. The roar of the crowd is heard as Sully takes center stage and the show begins. Surrounded by an array of world class musicians, Sully runs through the Avalon tracks like magic. The percussion heavy and upbeat “Cast Out (Spirit Ceremony)” was a real showcase piece for the band. Sully is amazing on the slower, piano laden tracks with the highlight being “Until Then” which features Irina Chirkova on the cello.

To close the show, Sully performs a solo acoustic version of the Godsmack classic “Serenity” before bringing the rest of the band out for a rousing rendition of Fleetwood Mac’s “The Chain.” Capping things off was an audience sing-a-long of “Hey Jude.”

If you haven’t had the chance to attend this show live, “Avalon Live” is a must see. With beautiful acoustics and stunning visuals, it not only captures the feeling of being there but also the passion that Sully has for his gift of music.