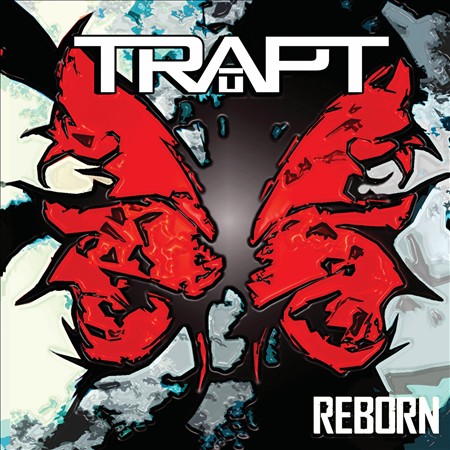 As artists mature, both musically and personally, there is a natural progression toward experimentation and pushing the envelope. Trapt is no exception as they are soon to release their fifth studio album, “Reborn,” experimenting with electronica and new underlying sounds. The record will be offered in both a standard and deluxe version which contains five acoustic songs and the never before released track, “Avelyn.”

Lead vocalist and songwriter Chris Taylor Brown produced the new record and was able to combine the newer sounds with the same hard rock appeal of earlier Trapt. “Reborn” opens with the first single, “Bring It,” which has a crunchy riff and a pounding chorus much like their earlier hits, “Headstrong” and “Stillframe.” Robb Torres sounds as fierce as ever on guitar and the rhythm section is tight with Pete Charell on bass and new drummer Dylan Thomas Howard fitting right into the mix.

“Going Under” starts out with some electronica before changing up into a heavy hitter with a huge chorus. I really liked the breakdowns on that song. “You’re No Angel” is a standout track with all the heaviness you would expect from Trapt with some interesting twists to keep things fresh. Lyrically, Brown has grown as a songwriter with songs like “Experience” which focuses on life choices and an angel versus devil dichotomy and “Eye of the Storm” which urges you to be strong no matter your circumstances. The only weak link on this record is the song “Too Close” which doesn’t seem to be of the same caliber as the rest of the album and is far too repetitive in my opinion.