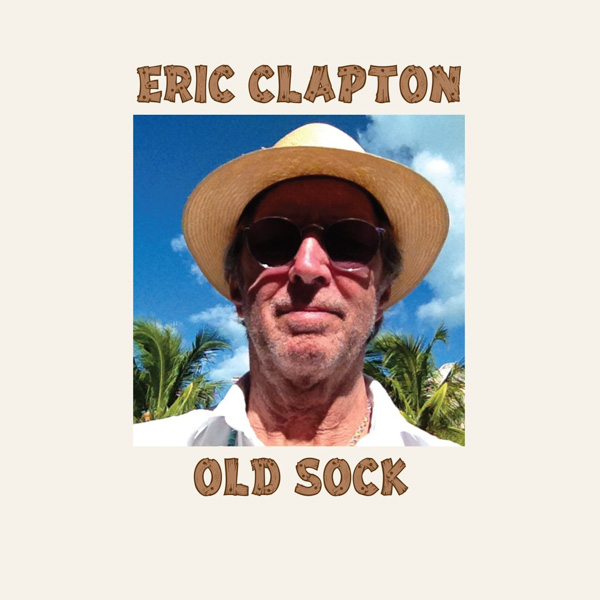 My first exposure to the music of Eric Clapton happened around the age of seven. An older and much cooler teenage neighbor was wearing a denim jacket with the words “Clapton Rules” embroidered on the back and I dared to ask the question, “Who is Clapton?” He brought over a record by Derek and the Dominos and dropped the needle of my plastic ladybug record player on a song called “Layla.” Although I had already been playing piano for several years, this was the beginning of my true musical education and my lifelong love of all things rock and roll. Fast forward a few decades and Eric Clapton is a true living legend and about to release his 21st studio album and first since 2010 called “Old Sock.”

“Old Sock” is a collection of some of Clapton’s favorite songs from his childhood to the present day, many of which have inspired him along his musical journey. You’ll find a little bit of everything on this record from standards, rock, jazz, and reggae with the added bonus of two new original songs. Joining him for this record are the talented group of Steve Gadd on drums, Willie Weeks on bass, and Chris Stainton on keyboards along with a myriad of guest artists. The record kicks off with the upbeat feel of “Further On Down The Road” and “Angel” with J.J Cale making an appearance and continues with the big band spirit of “The Folks Who Live On The Hill.” No matter what the genre, Clapton gives us his own unique interpretation as only he can do. The new tracks “Gotta Get Over” and “Every Little Thing” are classic pop rock and will stand the test of time. His love of American blues is evident with the inclusion of Leadbelly’s “Goodnight Irene” and “Still Got The Blues” which has him reuniting with former Blind Faith bandmate Steve Winwood who kills it on the Hammond B3. Other treats include the Peter Tosh song “Till Your Well Runs Dry” and the Gershwin classic “Our Love Is Here To Stay.” Let’s not forget the jazz of “All Of Me” which has none other than Sir Paul McCartney on backing vocals and the standup bass.

I don’t think anyone would disagree that Eric Clapton is a true musical genius. There are stunning albums of his work from The Yardbirds and Cream to his later solo work that showcase his abilities. His newest record, “Old Sock,” does all that and more. It’s not only a reflection of his talent but also of his true love of music and that is what makes “Old Sock” something truly special. This one is a must have for your collection.