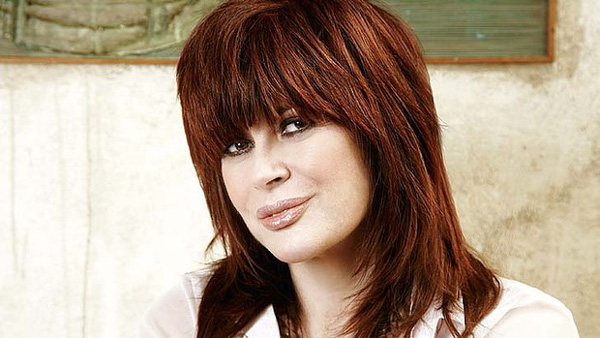 Australian rock legend and former Divinyls singer Chrissy Amphlett has died after a long battle with cancer. She was 53.

Amphlett, who had been battling multiple sclerosis and breast cancer, died surrounded by friends and family at her home in New York, including her husband drummer Charley Drayton.

The Geelong-born musician shot to fame in the early ’80s with The Divinyls, the band she founded with her one-time boyfriend Mark McEntee and Air Supply’s Jeremy Paul.

The band reunited in 2006 when they were inducted into the ARIA Hall Of Fame and toured the following year. Her cousin Patricia Little Pattie’ Thompson described the singer as a true pioneer for women in music. ‘Chrissy’s light burns so very brightly,’ Thompson said in a statement. Hers was a life of passion and creativity; she always lived it to the fullest. With her force of character and vocal strength she paved the way for strong, sexy, outspoken women.

‘Best remembered as the lead singer of the ARIA Hall of Fame inductee, Divinyls, last month she was named one of Australia’s top ten singers of all time.

‘Chrissy expressed hope that her worldwide hit I Touch Myself’ would remind women to perform annual breast examinations.

‘Chrissy was a true pioneer and a treasure to all whose lives her music and spirit touched.’

Tributes have been pouring in from fellow musicians and members of the Australian music industry on the social platform Twitter.

Jimmy Barnes tweeted: ‘RIP my dear friend Chrissie love you and will miss you.’

Minister Of The Arts Tony Burke said: ‘Terribly sad news about Chrissy Amphlett dying after a long battle with cancer. One of the all time greats of Australian live music.’

Thanks to Sky News Australia for this piece.