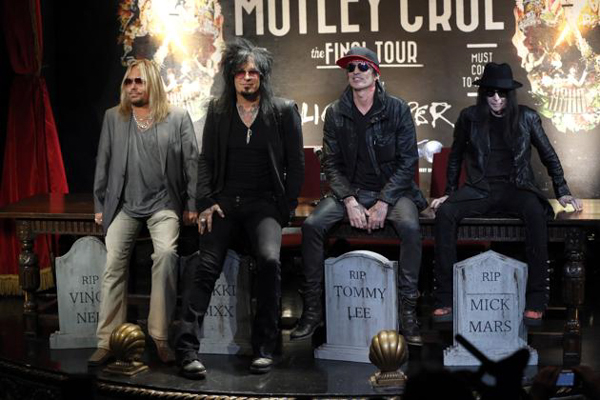 The band Motley Crue held a press conference this afternoon at Beacher’s Madhouse (inside The Roosevelt Hotel)in Los Angeles, California to announce their final tour. The band swears to this is it and all 4 signed an agreement ceasing the use of the name for any future touring. It must be agreed upon all member’s to play any future dates beyond this tour which will likely take 2 plus years. Vocalist Vince Neil was asked this and vehemently denied the band will tour after this run. The Final Tour is presented by Dodge and Livenation. Alice Cooper will open the shows.