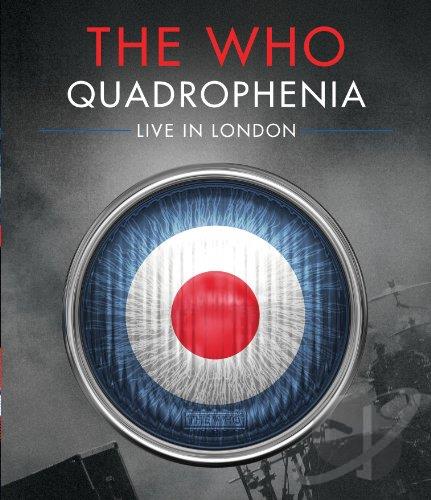 The Who have celebrated many milestones throughout their storied career, and somehow survived as a band even after losing two of their original members. “Quadrophenia: Live in London,” their latest offering, finds Roger and Pete revisiting a crucial stage of the band’s existence, and the last time Townshend wrote an epic rock opera.

While “Quadrophenia’s” older brother “Tommy” gets much of the attention, in many ways “Quadrophenia” is a better representation of The Who’s thunderous sound that shattered eardrums and filled arenas. The July 8, 2013, performance presented on this video is not some nostalgic trek down memory lane, it’s a statement of the power of The Who, and a celebration of a band that was not allowed to have a farewell tour.

Perhaps the most amazing thing about this incarnation of the band is that it takes a sea of musicians to fill the big shoes of Moon and Entwistle. Their roles were so crucial to the album that Daltrey and Townshend made the wise decision to include video performances from them into the show. It was a fitting tribute to Daltrey and Townshend’s deceased bandmates.

It’s Pete Townshend’s performance that really stands out. Even years removed from The Who’s heyday, Townshend’s guitar playing manages to evolve. If you watch closely, Townshend plays with a finesse and conviction that is simply breathtaking.

As for Daltrey, he still is the quintessential rock frontman, with a stage presence that remains unrivaled. Daltrey also showed he can belt out the songs and swing a microphone like he did in the old days.

One last thing of note is the drumming of Scott Devours. With Zak Starkey being unable to perform, Devours stepped up to the plate and was amazing on drums.