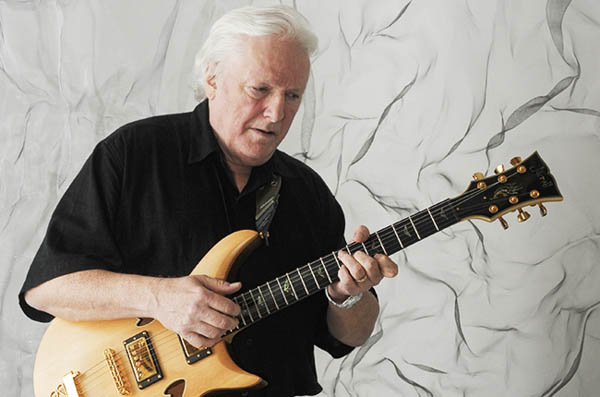 One of rock’s most renowned guitarists, Dick Wagner, died this morning (July 30). He was 71. He is known for his work with Alice Cooper and Lou Reed.

The news was announced via his website, which read, “It is with a heavy heart and great sorrow we have to let you know that Dick Wagner has left this world. Dick had a huge heart, which is perhaps why it gave him so much trouble, it was simply too full of love, of music and life. His creativity and passion will live on forever in the legacy he has left for us, in his music and his words. We have so much of him to celebrate. Dick was prolific not only in the tangible realm of what we can see and hear but in the boundless energy of his spirit, which will never die. He was a fighter, but in the end his body couldn’t keep up with his spirit, and so he lays to rest. Dick said in 2013, ‘Love is in the air. Breathe deep.’ Take Dick’s advice into your own hearts, and notice all of the beauty in the world, even when it seems cruel and unfair.”

According to the Detroit Free Press, he died of respiratory failure while in intensive care. Earlier this month it was revealed that he had developed a lung infection while in the hospital following surgery to unblock an artery.

It was the last in a long series of health issues over the past ten years or so, including a massive heart attack in 2007, and a severe stroke that put him in a coma for weeks. Incredibly, he was able to rebound from the stroke and eventually play guitar again. “He was coming back and playing really, really well again after having been paralyzed, and all the different things he’d been through,” his manager, Suzy Michaelson, told the paper.

Wagner first took to rock and roll stage in the late ’60s with the Bossmen and later the Frost. Making the rounds on the vital Detroit scene alongside bands such as the Stooges, the MC5 and Grand Funk Railroad, Wagner’s reputation grew. In 1975, he was called upon by ACooper to join his new ensemble following the breakup of the original Alice Cooper Group. Wagner not only played guitar, but also co-wrote songs with Alice such as ‘Welcome to My Nightmare’ and ‘Only Women Bleed.’ Wagner had previously played uncredited guitar parts on Alice Cooper albums going back to 1972′s ‘School’s Out.’

In addition to his work with Cooper, he shared stages and recording studios with the likes of Peter Gabriel, Kiss, Hall & Oates and Lou Reed. As part of Reed’s band, he and familiar musical partner, guitarist Dick Wagner supplied the powerful guitars on Reed’s ‘Berlin’ album as well as the incredible live document, ‘Rock and Roll Animal.’ Wagner chronicled his life in the 2012 memoir, ‘Not Only Women Bleed, Vignettes from the Heart of a Rock Musician.’