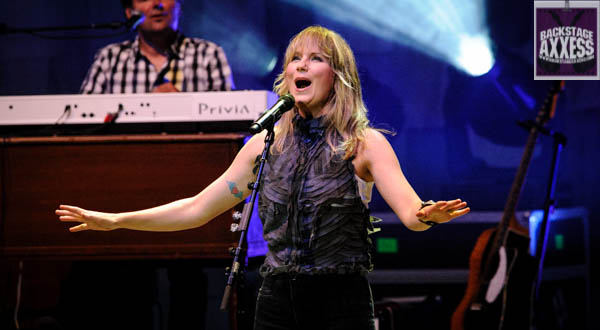 Anyone that has attended a Sugarland concert can attest to the fact that when the fancy lights go down and the spotlight goes on Jennifer Nettles singing “Stay,” it is a special moment. It also provided a glimpse of what an evening’s worth of Nettles baring her musical soul would be like.

Few artists have been able to reinvent themselves artistically as solo artists in the shadow of their popular group. In a relatively short period of time Sugarland became one of the best live bands on the planet, combining Nettles and partner Kristian Bush’s incredible onstage chemistry and solid production.

Nettles, as a solo artist, clearly worked hard to avoid too many comparisons to Sugarland, instead opting to highlight her voice. While there are many examples of powerfully moving ballads in the Sugarland catalogue, including the aforementioned “Stay,” “That Girl” provides so many great songs that the material more than carried the evening’s performance.

In fact, Nettles performed all eleven songs from “That Girl” and only four Sugarland numbers, and of the four only “Stay” was presented in its original form.

What was perhaps the biggest surprise of the evening was that all of the material from “That Girl” sounded even better than the album versions, a tall order considering the masterful production work from Rick Rubin. That was in no small part due to the supporting musicians, but it is clear that Nettles loves singing the new songs, and presents each of them as beautifully crafted and moving stories about the human experience.

The most beautiful of those numbers is almost impossible to choose. “This Angel” was the moment in the show you could hear a pin drop in the venue, “His Hands” conveyed a full range of emotions and featured opening act Brandy Clark, whose voice blended perfectly with Jennifer’s. Then there was “Thank You,” the first encore and a gift to an adoring audience.

Nevertheless, if you really want a window into just how great a vocalist Nettles is, her version of the Imagine Dragons hit “Demons” proved she can dissect the raw emotion from any song, as she stripped away the bells and whistles and let the lyrics become the centerpiece.

One final personal note, I hope that there are plans to produce a live album or commercial video from this tour. It is too good not to capture it for all time.

Photos by Gus Griesinger. We would like to thank Vanessa Weinert Marketing Manager of the Chautauqua Institution for the reviewer tickets and Natasha Desai from PMKBC for the photo pass.