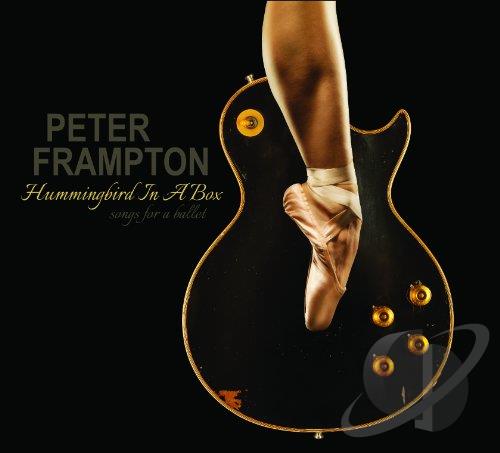 Peter Frampton is best known for the groundbreaking live album that inspired a generation of guitarists and forever changed the recording industry. Forty plus years later, Frampton is still thrilling crowds with mainstays like “Show Me the Way” and “Do You Feel Like We Do,” and has still found time to release a majestic EP titled “Hummingbird in a Box: Songs for a Ballet.”

The songs were indeed composed for the Cincinnati Ballet, but don’t be scared away if you are not a ballet enthusiast, you will love the songs, which are a combination of styles. The album opens with “Promenade” which literally sets the “tone” for the album. Frampton’s emotive vocals and ethereal guitar continue throughout the album.

There are some of Frampton’s trademarks, “The One in 901” features Frampton’s tasty blues licks, and “Friendly Fire” is as anthem-like as anything Frampton has written, and will fit nicely in his live set.

My personal favorite is “Shadow of My Mind” which has a unique flavor to it. Like all of the songs on the album, the production quality is stellar.

Even though “Hummingbird in a Box” is a departure for Frampton, like a ballet, it is a beautifully crafted piece of work, expressive, layered and truly a work of art.