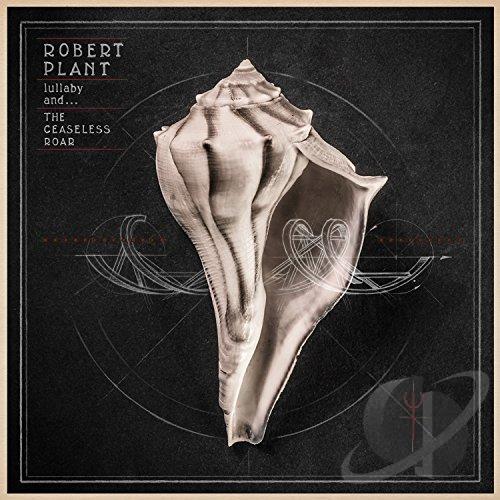 There is no question that Robert Plant is one of the most iconic vocalists in rock and roll history. Through his legacy with the legendary Led Zeppelin, he has been the inspiration for many musicians who wish to follow in his lauded footsteps. But Robert Plant does not simply rest on his laurels and has continued to amaze us over the course of his solo career. With his latest release, “lullaby and…The Ceaseless Roar,” he explores the world of African rhythms and a return to his Celtic roots.

His passion for the music is clear from the onset as he weaves together a cacophony of sounds and exotic instruments into an album full of poetic songs. Plant’s backup band The Sensational Space Shifters are world class musicians from the African kologos (lute instruments) of the folk song “Little Maggie” to the guitar jams in “Embrace Another Fall.” Of course, the vocals of Plant are the biggest instrument on the record and he sounds on top of his game throughout. His vocals are emotional and poignant when needed in the beautiful simplicity of “A Stolen Kiss” and intensely restrained in “Turn It Up.”

With “lullaby and…The Ceaseless Roar,” Plant provides a lush landscape of sounds and sensations. Let the music wash over you and envelop your soul.