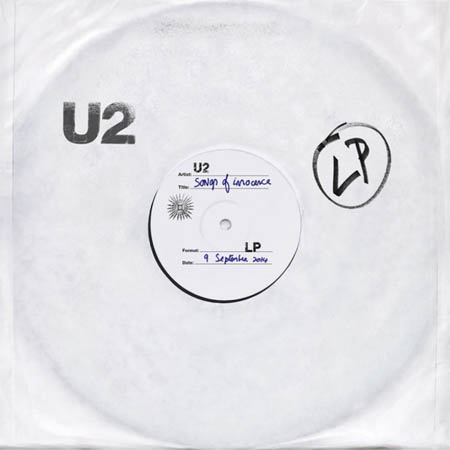 Unless you’ve been hiding under a rock recently, I’m sure that you have heard about legendary rock band U2’s latest album or at least about the method of delivery. In what is being touted as an act of marketing genius or marketing disaster depending on who you ask, on September 9th, U2 gave away their brand new album “Songs of Innocence” to every single person on the planet with an iTunes account. “Songs” is their 13th studio album and first since 2009 and magically appeared as an available download to roughly half a billion people.

With the new album, the Irish rockers have taken a more personal approach, not political, as they reflect on their past and their youth. The opening track, “The Miracle (of Joey Ramone)” is an upbeat, joyful track full of The Edge’s signature distorted chords. Softer, subtler rhythms can be heard on “Every Breaking Wave” and the delicate guitars of “Iris (Hold Me Close)” are a pleasant encounter. Overall, the record is polished and restrained with a definite pop feel with Bono’s vocals front and center in the mix. The exception is the edgier track “Volcano” which gives us a glimpse back at U2’s earlier work.

“Songs of Innocence” is a solid pop album with some poignant moments and allows the band to wax nostalgic for a bit but seems to be lacking something. If they were looking to recapture the vigor of their youth, this didn’t do it. For me, I’ll take the raw brutality of “War” with “Sunday Bloody Sunday” or the understated angst of “The Joshua Tree” over this latest venture.