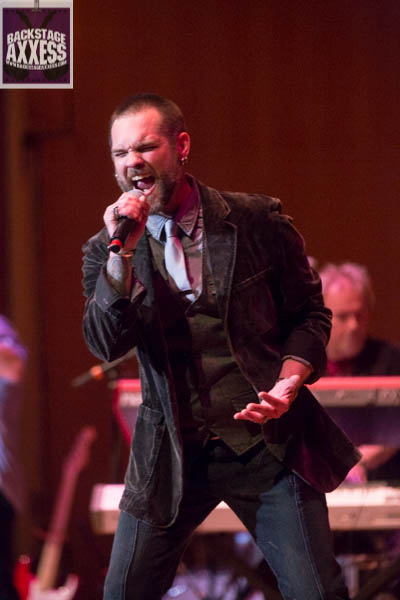 Blood, Sweat and Tears featuring Bo Bice and the Buffalo Philharmonic Orchestra took to the Kleinhans stage last Saturday night in a grand display of expert musicianship. The BPO Rocks series’ latest offering promised to be a great evening of classic hits from the seminal horn rock band and the always entertaining BPO, led this night by conductor Bradley Thachuk. Bice, who was runner up to Carrie Underwood on season 4 of “American Idol,” was stepping in the shoes of one of the greatest voices of modern rock in David Clayton Thomas, BST’s Grammy winning singer.

The show opened with BST taking the stage to the hit “Lucretia MacEvil.” The crowd reacted heartily, clapping and singing along. A few eager fans completed the lyrics out loud before Bice and he did something unusual for a rock concert. He stopped the show. He then scolded the fan for singing out loud and said,”I am the one getting paid for this.” It was an awkward moment not yet one song into the performance. His asides and between song bantering continued throughout the evening and left many fans soured. Bice’s voice is actually a close match to Clayton-Thomas, which was a pleasant surprise. His attempts at humor fell flat and had this reviewer wishing he would stop talking and just sing.

All that aside, the show was filled with outstanding musicianship. The second half of the show featured the BPO accompanying the band with delightful intros to each song. The soft flute by David Mann in “Variations on a theme by Erik Satie” and the trumpet solo by Trevor Neumann in “Surreptitious” were just devine displays of musicians at the top of their form. The founder of Blood, Sweat and Tears, Bobby Colomby, would be proud of this line up. Dave Gellis handled the guitar work like a master and Mann on tenor sax, leading the horn section, left little to be desired. They blazed through hits like “Smilin Phases,” Hi De Ho,” “And when I Die,” and “God Bless the Child,” which brought the biggest cheers from the slightly less than capacity crowd. Bice’s strong vocals on “Spinning Wheel” and “You’ve Made Me So Very Happy” were right on.

An encore of “Vehicle” had the crowd on their feet screaming for more. Save for Bice’s ramblings, this was a most enjoyable show with hit after hit played to perfection. 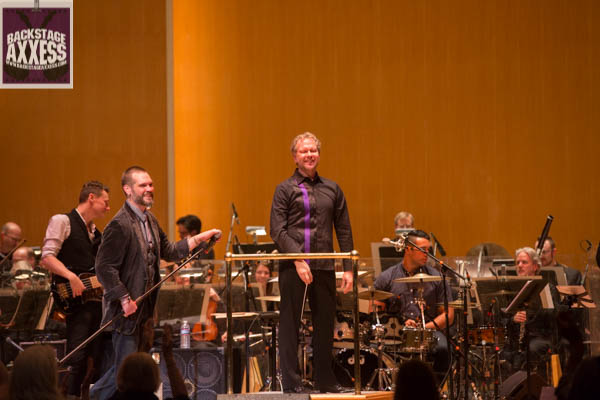 We would like to thank Susan Schwartz from the BPO for the credentials to review the show.