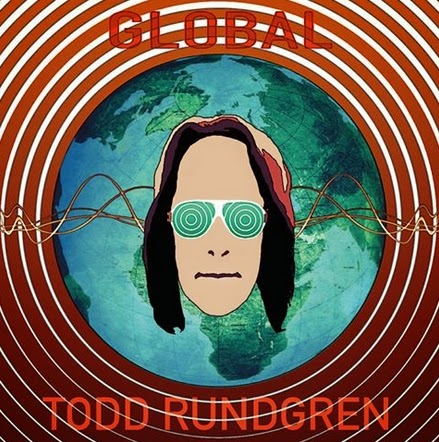 Todd Rundgren’s “Global” opens with “Evrybody,” perhaps his best anthemic, feel good song since “Bang the Drum.” It sets the stage for what is easily his best effort since his 2004 release “Liars.”

“Global” is a fun album. It’s enjoyable and like “Liars” you hear elements of his entire career, and yet it does not sound dated, in fact it is so polished and so well mixed that even fans who did not like his last release “State” would be hard pressed to find fault in this album.

There are a number of standout tracks, including “Skyscraper” which combines Todd’s Philly Soul roots with electronica. The lead and background vocals are perfect, and it is a song that will likely be a crowd pleaser. There are dreamy elements, reminiscent of the “A Wizard a True Star” and “Todd” eras, “This Island Earth” is easily as good as anything that appeared on either of the aforementioned albums.

Songs like “Flesh and Blood” and “Rise” combine the best elements of “No World Order” and “State,” but it’s the fifth track “Blind” that is really special. Rundgren’s stellar vocals are supplemented with a blistering saxophone and Rundgren’s distinctly layered background vocals.

The album bears comparison to “State” in that it is not heavy on the guitar, but the real difference between to two releases is that “Global” has a lot more soul and funk elements. Vocally, it is amazing and one can only guess it’s because Todd kept up such a rigorous touring schedule that his voice is in top form. When you hear “Soothe,” a ballad that Todd fans will adore, you will know what I mean.

For those fans that are not part of the Rundgren nation, this is an album that all music lovers will enjoy, but for Todd fans who will have to wait until this album comes out in April, it will be well worth the wait, I just can’t imagine any Todd fan not loving this album.