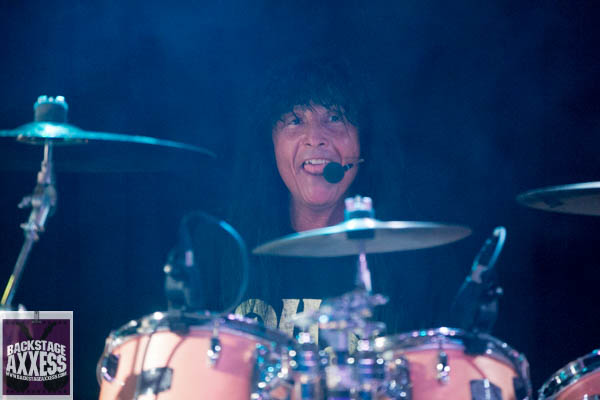 Joey Belladonna is an icon in the world of thrash metal. As the lead vocalist of Anthrax from 1984 to 1992, the band sold 8 million records and was nominated for three Grammys. He rejoined Anthrax in 2010 and has had several side projects on his own. The latest being Big Chief Way, a rock cover band, which played The Waiting Room in Buffalo, NY last Friday. Belladonna, being part Cherokee, is obviously honoring his roots with the band’s moniker.

Great singers want to sing and Joey is no exception. BCW is a classic line-up with Joey on drums and vocals, Dave Mickelson on bass guitar, Joe Precourt on lead guitar and John Goodwin on keyboards. This gig saw Goodwin taking the night off.

The band opened with Led Zeppelin’s “Immigrant Song.” Belladonna’s lead vocal was right on, hitting the high notes with no problem. Up next was “Rock N’ Roll Fantasy” by Bad Company followed by “Baba O’Reilly” by The Who. There are many cover bands that will play these songs and often miss on the replaying of such classics. Not this band. Joey’s lead vocal and drumming, and especially Precourt’s lead guitar were fantastic. The sparse crowd was loving every note, singing along and even head banging a few times. The night saw more classic songs from Rush, Dio, AC/DC, Foreigner and Pink Floyd. Every song played on this night brought back fond memories of seeing and listening to these legendary bands. Next time Big Chief Way rolls into town, don’t miss them. You can be assured of a great display of rock n’ roll classics played the way they should be played by this talented cover band. If you’re old enough to remember the originals, you will have a great time.

Opening act Hair Nation, led by vocalist Jim Crean, ran through a great set of rock n’ roll covers with Crean belting out vocals in fine form. The highlight of the night was the Big Chief Way encore of “Holy Diver” with Crean joining the band for the lead vocal.

Baba O’Reilly (The Who cover)

Another Brick in the Wall (Pink Floyd cover) 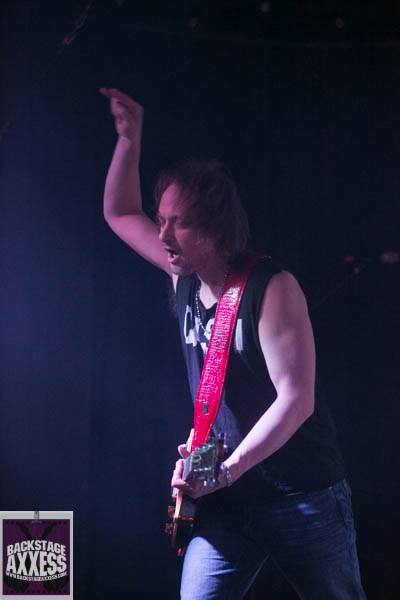 We would like to thank Ross Catalino from Back 2 Back Entertainment for the credentials to cover the show. Stay tuned for an exclusive interview with Joey conducted before the show.